Jenny McCarthy had repeated guest stints as Charlie Sheen‘s love interest on CBS’ “Two and a Half Men,” and rather than offering him support after his HIV revelation she has blasted the actor for not disclosing his diagnosis sooner.

“Now being on ‘Two and a Half Men’ myself, I feel like in playing a love interest, you would think there would be some type of, I don’t want to say criminal issue, but I don’t even know how to feel about that,” she said on her SiriusXM radio show Wednesday.

The “Dirty, Sexy, Funny” host explained to listeners that in the TV world, stars not only have to “sign a piece of paper that says do you have cold sores,” but they also have to show their medication.

“If I have to be upfront about a herpe how could you not be upfront about HIV?” she marveled about the 50-year-old sitcom star. “I look back and I’m like, ‘OK, that would have been some valuable information.’ I mean look how many people have played his love interest on the show.”

The radio host went on to say that she is “STD-phobic” and makes her sexual partners sign a waver to state that they are clean.

Despite her harsh words, McCarthy did offer some goodwill for Sheen.

“I have sympathy for him because he’s sick and it’s awful, but man he’s going to have to take major accountability for many people in his life,” she continued. 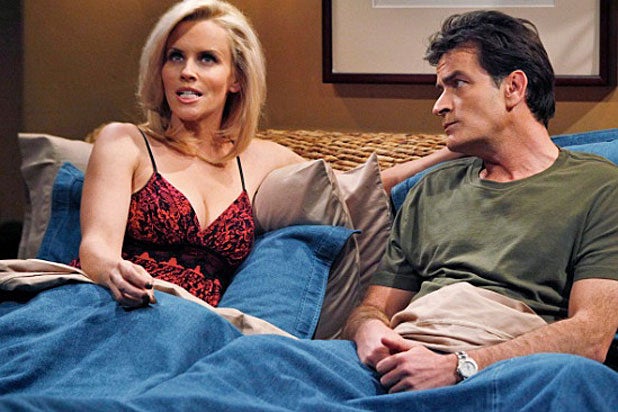 Notorious Hollywood playboy Sheen went public with his health condition in an interview with Matt Lauer on NBC’s “Today” on Tuesday, saying that HIV is a “hard three letters to absorb … It’s a turning point in one’s life.”

Sheen’s marriage to Brooke Mueller ended in 2011, the same year as his diagnosis as well as a very public meltdown that led to his departure from the hit CBS sitcom “Two and a Half Men.” On Tuesday, he said his diagnosis led to a downward spiral in his attitude and behavior.

Also Read: Magic Johnson Pledges Support to Charlie Sheen in HIV Battle: 'I Hope He Joins Me in Educating the World'

“I was so depressed by the position I was in,” he said. “I was doing a lot of drugs, I was drinking way too much and I was making really bad decisions.”