Jesse Powell, a popular R&B singer best known for his 1998 song “You,” has died at his home in Los Angeles. He was 51 years old.

Powell’s sister Tamara announced the news on Instagram in a series of posts Tuesday night, writing, “It is with a heavy heart that we announce the passing of our beloved son, brother, and uncle Jesse Powell.”

Asking for privacy on behalf of the family, she added, “Jesse loved music and he especially loved his fans who supported him throughout his career. We want you all to know that you meant the world to him.” 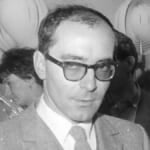 Jesse Powell was born in Gary, Indiana. His career took off in 1993 after he got the attention of producer Carl Roland at a Kansas City talent showcase. Powell was then signed by Louil Silas to his Silas Records imprint.

Powell’s breakout single “You” came on his second album and was released in 1999 as its second single. The song would go on to be Powell’s first top 10 hit and his biggest hit overall, peaking at No. 2 on the Billboard R&B chart and No. 10 on the Billboard Hot 100. Eventually, Powell earned himself a Grammy nomination.

According to Tamara Powell, Jesse died in his home just one day after his 51st birthday, though an exact cause of death was not revealed. She later posted another video in tribute to her brother, praising both his voice and his time as a brother.

“Aside from being one of the best R&B male vocalists out there, you were the best big brother ever. I loved you so much,” she wrote. “I’m thankful that we were so close; a whole mess all the time.”