Jean-Luc Godard, the legendary filmmaker who revolutionized the medium as a leader of the French New Wave of the 1960s, died Tuesday at age 91.

Godard’s partner, Anne-Marie Mieville, confirmed to the Swiss news agency ATS that he died peacefully at his home in the Swiss town of Rolle near Lake Geneva.

Godard burst on the international scene with his debut feature, 1960’s “À bout de souffle” (“Breathless”), which revolutionized cinematic storytelling with its fractured nonlinear narrative about a petty criminal and his girlfriend, improvisational choreography and rapid editing. The film became an international sensation, making a star of its lead actor, Jean-Paul Belmondo, and earning Godard the best director prize at the Berlin Film Festival. 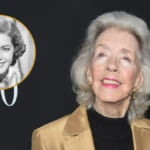 He became an influential figure in a movement that included filmmakers such as François Truffaut, Eric Rohmer and Claude Chabrol who sought to defy cinematic conventions and shake up the status quo in cinema. He followed “Breathless” with 1963’s “Le Petit Soldat” — which was initially banned for suggesting that the French government condoned torture.

Other noteworthy films included 1961’s “A Woman Is a Woman,” an homage to Hollywood musicals starring his wife, Anna Karina; the star-studded Hollywood send-up “Contempt” (1963); the heist movie “Band of Outsiders” (1964) and the noirish sci-fi film “Alphaville” (1965).

By the late 1960s, his work turned more political. 1970’s “Sympathy for the Devil” mixed scenes of figures from the Black Power movement with footage of the Rolling Stones recording the title song.

While his style was widely imitated, his own work soon fell out of favor — though he continued making films on his own terms, even shooting a postapocalyptic update on King Lear in 1987. By then, he was largely credited for his influence on a younger generation of filmmakers like Quentin Tarantino, Jonathan Demme, Bernardo Bertolucci and others.

His final film, “The Image Book,” a cinematic essay featuring images of Arab countries as well as paintings and other films, premiered at the 2018 Cannes Film Festival.

Godard won an honorary Oscar in 2011, which recognized the director simply “For passion. For confrontation. For a new kind of cinema.” (Typically, he declined to accept the award in person.)