Jim Carrey makes the point in his most recent artwork that fascists sometimes “hang out” together… by their feet… after they’ve been shot dead.

In April 1945, shortly before the end of World War II in Europe, Mussolini and Claretta Petacci were captured by the Italian resistance movement and shot dead. The following day, their bodies were hung by their feet in a suburban square, so the angry crowd could scream at them and even abuse their dead bodies.

Carrey has long been critical of the Trump Administration, likening the president to a tyrant with a “contempt for rule of law – and quite possibly TREASON.”

Check out his latest below. 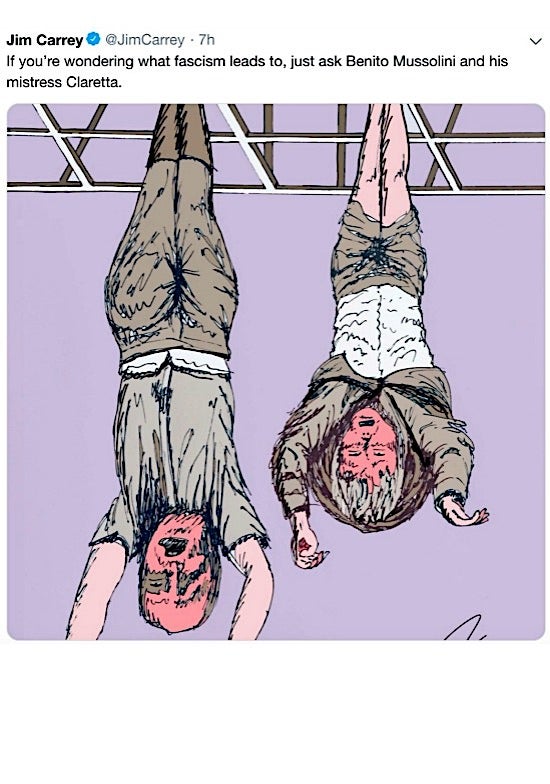 If you’re wondering what fascism leads to, just ask Benito Mussolini and his mistress Claretta. pic.twitter.com/uc2wZl0YBu