Jim Carrey’s official website, www.jimcarrey.com, was the winner in the film/TV category of the 13th annual SXSW Web Awards, presented Sunday night at the festival in Austin, Texas. 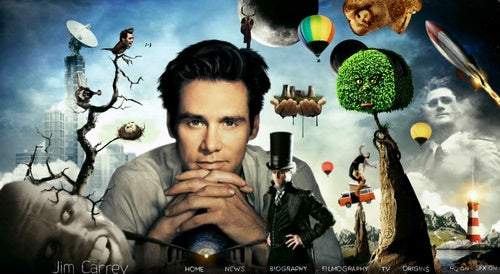 The site, which launched in November, was created by Carrey and 65 Media, the interactive marketing agency that created sites for movies including "Land of the Lost" and "Ratatouille."

Thousands of sites related to actors, TV series and companies, and films and the film industry enter the competition. They are judged on three criteria: visual design, creativity and content. All are sites that launched or were completely redesigned in 2009.

Entertainment Weekly called JimCarrey.com “a visually stunning treat”; TotalFilm.com called it “the best site on the web”; and the Wall Street Journal called it a “bizarre visual treat.”

The site, which hosts archived appearances and movie trailers, behind-the-scenes clips and even family photos, received more than 35,000 visits in the first weekend after it launched.

The SXSW Interactive Festival is part of SXSWeek, running March 12-21.