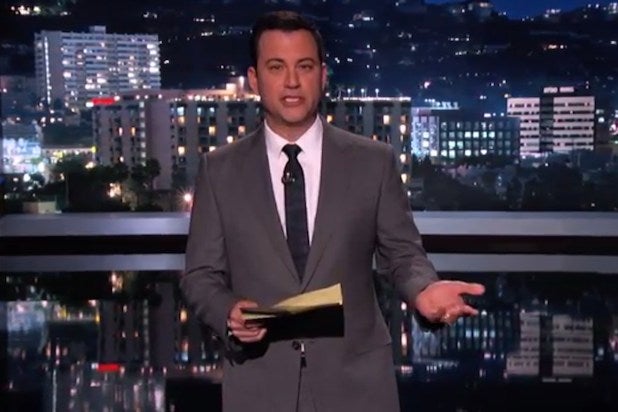 Jimmy Kimmel has spent plenty of time spoofing ABC’s hit drama “Scandal” on his late-night show “Jimmy Kimmel Live.” Now he’ll be interviewing the woman who provided the fodder for his satire.

Kimmel will interview “Scandal” creator Shonda Rhimes on a special edition of his show, titled “Jimmy Kimmel Live: Behind the Scandalabra,” which will air Thursday at 11:35 p.m.

Airing after the Season 3 finale of “Scandal,” the special will also feature special appearances and insider secrets courtesy of “Scandal” cast members, along with a previously unseen bloopers reel.

In February, Kimmel enlisted “Scandal” star Kerry Washington for “Escandalo,” a parody that re-envisioned the series as a Mexican soap opera.

Watch the spoof in the video below.