Jimmy Smits, who starred as Det. Bobby Simone on “NYPD Blue” from 1994 to 1998, steps back into uniform as three-star Chief John Suarez for CBS drama pilot “East New York,” TheWrap has learned.

Amanda Warren of HBO’s “The Leftovers” stars in the pilot as Regina Haywood, the newly promoted deputy inspector of East New York’s 74th Precinct, where she leads a diverse group of officers and detectives, some of whom are reluctant to deploy new creative methods of serving and protecting.

Smits’ character is described as “a three-star chief whose experience, commanding presence and strong moral center helps oversee the melding of communities and the precincts that serve them.” 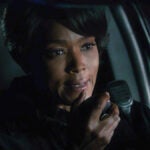 Smits, who is reprising his character of Senator Bail Organa in the Disney+ series “Star Wars: Obi-Wan Kenobi,” is repped by UTA, Brillstein and attorneys Hansen, Jacobson, Teller.