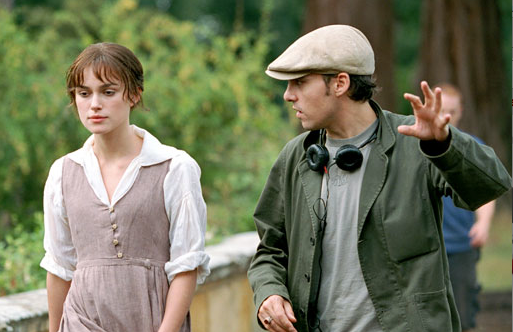 Other directors in the running for the high-profile project, based on the bestselling series of books, include Gus Van Sant ("Milk"), Bennett Miller ("Moneyball") and Patty Jenkins ("Monster"). TheWrap reported last month that Van Sant had filmed a sex scene from the book with Alex Pettyfer in a bid to win the assignment.

A spokesperson for Universal did not immediately reply to TheWrap's late-night request for comment.

Focus has distributed four of Wright's five features, with the most recent "Anna Karenina," starring Keira Knightley. (The sole exception is  "The Soloist," which was released by Paramount.) Wright has also worked with Focus on "Pride & Prejudice," "Atonement" and "Hanna."

TheWrap reported on April 23 that Van Sant had self-financed a test reel featuring a steamy sex scene starring Alex Pettyfer as the wealthy sex obsessive Christian Grey. The identity of the actress who played ingenue Anastasia Steele was not revealed.

It's unclear how studio executives responded to Van Sant's test reel, or whether the other directors in contention shot similar tapes.

Also read: '50 Shades of Grey' Author E.L. James on Why She Picked Universal and Focus

Wright's latest film, "Anna Karenina," currently has a 64% fresh rating on Rotten Tomatoes, though it was nominated for four Oscars, winning one for costume design.

Wright is represented by CAA and Independent Talent Group.

The Hollywood Reporter was first to name Wright as the front-runner in the directing sweepstakes.