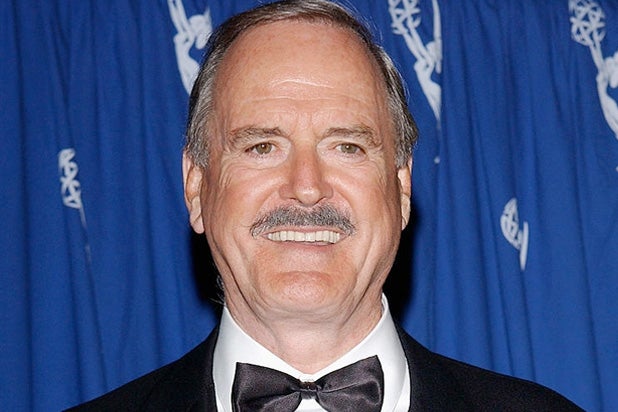 Plenty of people have made fun of Fox News for failing to recognize an obvious Monty Python joke it reported as straight news during a live broadcast last Friday — and now a member of the comedy troupe has joined in on it.

On Monday, Python co-founder John Cleese tweeted “BREAKING: No one @FoxNews has ever seen @montypython & The Holy Grail. ???? #runit #goodjournalism #factchecking” to his 5.7 million followers.

The background, for those just catching up, is that on Friday during a story about the Seattle protests that aired live, Fox News anchor Martha MacCallum reported on a Reddit post she said was evidence of infighting among activists involved in the city’s so-called “Capitol Hill Autonomous Zone.” Unfortunately, the post was clearly a joke referencing one of the most famous scenes from 1975’s “Monty Python and the Holy Grail.”

The post, added to the Capitol Hill Autonomous Zone subreddit by user “Kasplorge,” says in part “I didn’t vote for Raz. I thought we were an autonomous collective? An anachro-syndicalist commune at the least. We should take turns to act as a sort of executive officer for the week.”

That of course is a reference to this famous scene from “Grail,” in which King Arthur (Graham Chapman) stumbles upon some anachronistically leftist peasants who refuse to recognize his kingly authority and instead declare themselves to be part of an “anachro-syndicalist commune.”

Kasplorge has been banned from the Capitol Hill Autonomous Zone subreddit for the (very funny) joke. So far Fox hasn’t formally retracted the report. Either way, Fox News and you should watch “Holy Grail” soon because it’s really good. See Cleese’s tweet, and the famous bit below:

BREAKING: No one @FoxNews has ever seen @montypython & The Holy Grail. ???? #runit #goodjournalism #factchecking pic.twitter.com/46sKRh4qQi

Going through “Saturday Night Live” withdrawal? We’ve got the cure

"Testicules Cologne" (May 2014) • In this glamorous commercial for Testicules, a "cologne for down there," women, men and even a dog fawn over a man (Andy Samberg) who exudes confidence.
View In Gallery