In his first show back in the studio since the onset of the coronavirus pandemic, Oliver said, “So far, much of corporate America has decided to not weigh in on this — a stark contrast to their recent willingness to speak out on racial justice, voting rights and other social issues — and it’s not just silence here: A major donor to the sponsors and co-sponsors of this bill is a political action committee belonging to AT&T who, pending approval of our sale to Discovery, are still technically our business daddy.” 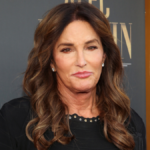 He told viewers that his team had reached out to AT&T and received the following statement: “Employee PAC contributions to Texas legislators went to both supporters and opponents of the Texas legislation.” The AT&T representative said that the company had never taken a stance on abortion, he noted.

He called that an “amazing sentence,” but went further, adding, “Listen, not taking a stance on this issue right now is taking a stance and both sides-ing abortion isn’t really the PR slam dunk that they seem to think it is.”

He concluded that “AT&T clearly likes their public statements the same way that they like their cell signal: hilariously f—ing weak.”

AT&T announced last May it plans to spin HBO’s parent company, WarnerMedia, off to merge with Discovery. The deal is expected to close in the middle of next year.