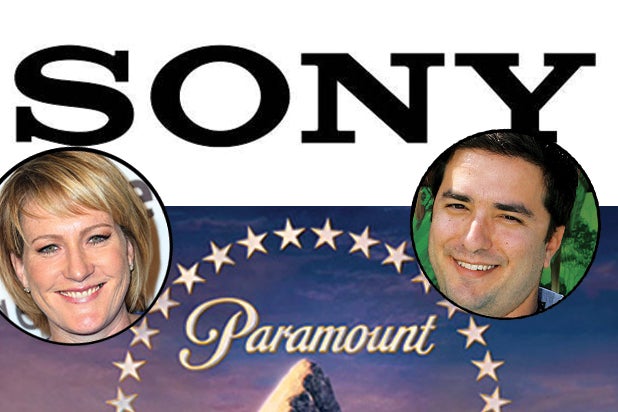 UPDATED, Friday, Sept 5, 11:29 a.m.:  A previous version of this story said Paramount’s Josh Greenstein would replace Sony’s Marc Weinstock.  The announcement of Greenstein’s hiring by Sony, however, stated he would be replacing Jeff Blake. This story was updated accordingly.

Paramount’s Josh Greenstein will join Sony as the studio’s president of worldwide marketing and distribution.

Greenstein will assume the role previously held by Jeff Blake and will oversee the day-to-day management of SPE’s worldwide theatrical marketing and distribution activities. He will report to Amy Pascal.

“We seized the opportunity to attract someone of Josh’s caliber to lead marketing and distribution for the Motion Picture Group,” said Michael Lynton, Chairman and CEO of Sony Pictures Entertainment. “Josh will be instrumental in helping to implement the vision we have for our motion picture business as we utilize cutting edge and innovative approaches to drive audiences to theaters.”

In response to Greenstein’s departure, Paramount has announced three promotions from within its marketing, distribution and advertising teams, elevating home-grown talent to key positions in the organization under studio vice chairman Rob Moore.

Erik Counter has been promoted to president of worldwide creative advertising, and will now report to Moore.

Steve Siskind has been promoted to President, Domestic Marketing, and will report to Colligan.

As part of these changes, Paramount will now manage domestic and international theatrical as well as home media distribution under Colligan reporting to Moore, a move that will align the organizational structure with the changing needs of consumers globally.

Josh Greenstein, who has served as Paramount’s CMO since 2011, had been in negotiations to re-up at Paramount but did an about-face in recent weeks and opted to head across town to the Culver City studio.

“We take great pride in the depth of talented professionals at Paramount and are excited to grow the roles of Megan, Erik and Steve,” said Paramount Pictures Chairman & CEO Brad Grey. “These promotions reflect our trust in their talents, confidence built upon their experience, and the success each has had working across our staff and partners.  Under Rob Moore‘s leadership, our motion picture marketing has become the best in the business, and we look forward to this new team structure continuing that success.”

“I also want to thank Josh Greenstein,” Grey continued.  “We are truly grateful to Josh for his contributions to our studio and the great work he did here, and we wish him the best for the future.”

“As the global marketing and distribution of our films continues to evolve, this new structure will allow us a seamless organization and coordination between Paramount and our consumers whether they are purchasing a ticket to a theater, purchasing a DVD or downloading a digital copy of our films,” said Moore.  “Having worked closely with Megan, Erik and Steve, I have seen first-hand the innovative and effective approach they bring to their jobs, and we are excited for them to apply their talents in their expanded roles.”