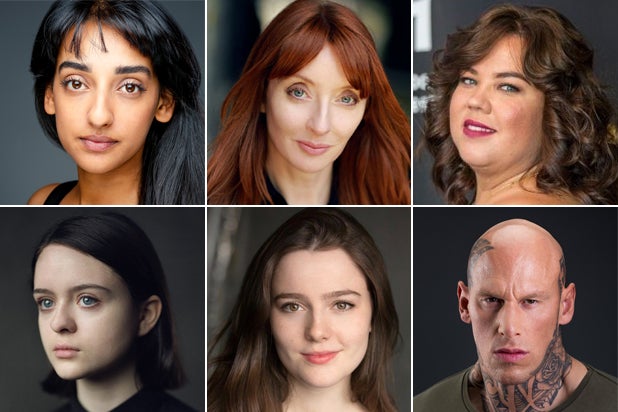 Ford is a recurring character, while the rest are series regulars.

HBO has also released the newly added stars’ character descriptions — and yes, they are as Whedonesque as you could possibly imagine.

This group joins previously announced lead Laura Donnelly, who plays Amalia True on the series about “a gang of Victorian women who find themselves with unusual abilities, relentless enemies, and a mission that might change the world.”

Production on the show began this summer in London. No premiere date has been set for the series.

Read the character descriptions for the new additions below and find the listings for the previously announced cast here.

Kiran Sonia Sawar as Harriet Kaur – A young Scottish Sikh, Harriet lives with the Orphans, but is accepted by both her family and her betrothed. Optimistic without being naive, Harriet is determined to live her life as she planned, despite its increasing weirdness.

Elizabeth Berrington as Lucy Best – Dirt poor, adaptive, streetwise. There’s nothing delicate about Lucy, though she’s given up thieving to live with the Orphans. Her quick-wit and high spirits mask the pain of a tragic past.

Ella Smith as Desirée Blodgett – A whore, and an increasingly popular one: her power makes men tell her everything on their minds, and they come away relieved in more than one sense. Unfortunately, what she’s heard may get her killed, even though she honestly doesn’t listen to most of it. She’s devoted to her six year old son, who, bless him, never speaks.

Also Read: 17 TV Shows That Live on in Comics: From 'Buffy the Vampire Slayer' to 'Battlestar Galactica' (Photos)

Viola Prettejohn as Myrtle Haplisch – A middle-class girl rescued from a family who cannot understand her – literally, as she can no longer speak English, or anything resembling speech. She’s thrilled to be living at the orphanage, where she’s everyone’s favorite weird little mascot.

Anna Devlin as Primrose Chattoway – All 16-year-old Primrose wants is to be a proper, ordinary girl, and not take up too much space. Which, at ten feet tall, is hard. Most everything is either dreamy, unfair, or too embarrassing to live through.

Martyn Ford as Nicolas Perbal, aka Odium – The quintessential henchman. He looks as unpleasant as he smells – a side-effect if his rather surprising “turn”. Will do any kind of work for anybody’s money.