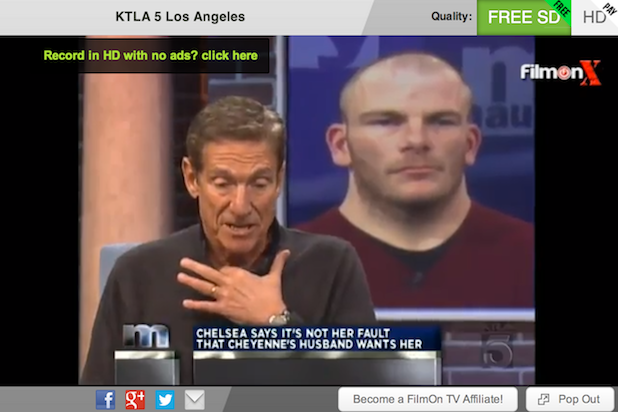 The Washington district court judge who shut down FilmOn X’s ability to transmit local TV stations online has rejected its emergency petition to keep doing business while they appeal.

In its emergency petition, FilmOne argued that it is suffering irreparable harm as competitors like Aereo continue to offer similar services.

Like Aereo, FilmOn offers two kinds of services: It uses thousands of mini antennas to pick up local stations, then sends them over the web — without paying the networks. It also offers DVR and some streaming channels of its own.

Collyer last week sided with the networks, who argued that the business model amounted to stealing. She ordered FilmOn to stop transmitting local stations across the nation (except in the 2nd Circuit Court of Appeals district, where Aereo’s similar service was deemed legal).