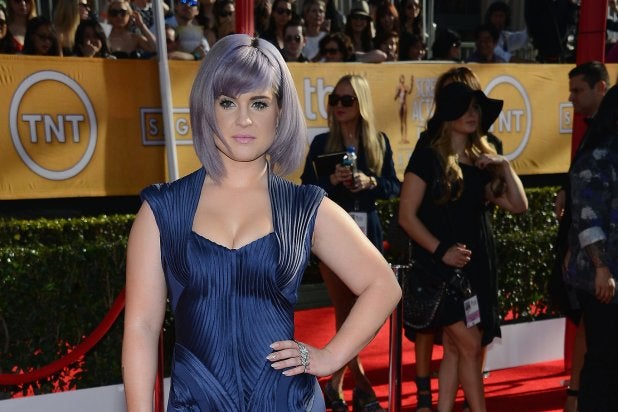 Kelly Osbourne has found herself in a hairy situation, after posting a photo of herself mocking controversial former NAACP leader Rachel Dolezal.

The former “Fashion Police” personality is catching flak from Instagram users for the photo, posted Thursday, of Osbourne sporting kinky locks. The photo was captioned with the hashtag #CallMeRachel, an apparent reference to both Caitlyn Jenner’s Vanity Fair cover in May and to Dolezal, who’s incurred wrath herself for seeming to lie about her race.

“Hypocrite in every way,” one commenter hissed.

The accusation of hypocrisy is a seeming reference to Osbourne’s angry outburst in February, after her “Fashion Police” cohort Giuliana Rancic mocked the hairstyle worn by Osbourne’s friend Zendaya at the Oscars.

Rancic wisecracked that Zendaya’s dreadlock hairstyle looked like it “smelled of patchouli oil and weed.” Calling the comment racist, Osbourne took to social media to say that she was “seriously questioning staying on the show.” While Rancic later apologized for the comment, Osbourne left the E! show shortly thereafter.

Other critics of Osbourne’s photo were more general in their anger.

“WOW ugly inside & out,” another fumed.

“I like you kelly but I think I have to unfollow you now. I think this is inappropriate and just plain dumb,” wrote yet another.

“Wtf?! Never expected this from you, shameful,” went another comment.

Dolezal resigned as Spokane chapter president of the NAACP on Monday, amid accusations that she’s been pretending to be African-American despite the fact that her Montana birth certificate identifies her as Caucasian.

In interviews since her resignation, Dolezal maintained that she identifies as black, despite the claims of her parents and pictures from her past showing her with lighter skin and blonde hair.

She has also stated that she’s “definitely not white,” and that there’s “no biological proof” that Larry and Ruthanne Dolezal, who have repeatedly refuted her claims, are her actual birth parents.