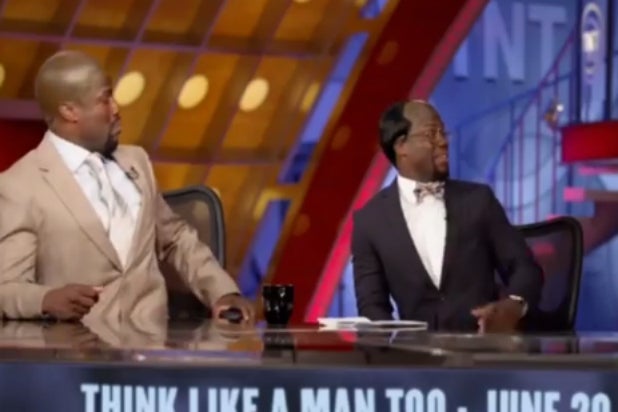 Kevin Hart thought like — and acted as — four men to promote his new film “Think Like a Man Too.”

The diminutive comedian stars in a new commercial for TNT’s “Inside the NBA,” where he plays all four studio analysts in a very funny spoof that must have required a variety of booster seats.

And no, he didn’t elect for whiteface to depict Ernie Johnson.

Hart captured Johnson as the Turner show’s nerdy-cool bowtie-wearing host, Charles Barkley dozing off at the desk mid-show, Shaq interjecting weird, obsessive comments about barbecue chicken and Kenny Smith “jetting” off to his beloved big board in the former guard’s awkward trot.

“Think Like a Man Too” tips off on June 20, the NBA Playoffs Round 2 is currently underway on TNT.