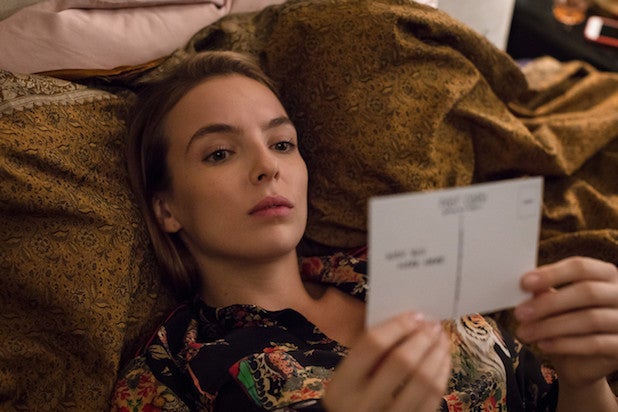 The opening scene of BBC America’s new drama “Killing Eve” tells us everything we need to know for the rest of the season: that when it comes to Villanelle (Jodie Comer), the stylish and quirky assassin at the show’s center, expect the unexpected.

“Killing Eve,” adapted by showrunner Phoebe Waller-Bridge from Luke Jennings’ “Villanelle” novels, opens in a Viennese cafe with Villanelle peacefully eating ice cream (don’t worry, this isn’t a spoiler. It’s in the trailer, too). The cafe is pretty empty, except for a young girl with her mother. The two make eye contact, and Villanelle smirks at the child. On her way out, she knocks the little girl’s ice cream into her lap and keeps on walking.

Clearly this is not your average woman in her 20s.

“What that scene sets up is, like, the unexpected,” Comer told TheWrap in a recent interview. In fact, the entire show turns the spy vs. spy narrative on its head.

“I think the show is just full of the unexpected. It’s the last thing you expect Villanelle to do, is throw the ice cream on her, but she does,” the British actress continued. “I think what that scene sets up is you can see this person is, you know, they are totally their own person. They do what they want to do, and … without any consequences.”

Terrorizing a young girl for fun also gives us a glimpse into Villanelle’s head, and basically tells us everything we need to know about the assassin and psychopath. Even when she’s not killing, she’ll do whatever she feels like doing, whether or not someone else gets hurt. Villanelle seems to enjoy killing so much so that even her handler Konstantin (Kim Bodnia) starts to get concerned.

“Villanelle, you know, she has no remorse,” Comer said. “She does what she wants to do. She has her own rules.”

Comer said that one of Waller-Bridge’s goals was to avoid stereotypes, and to bring some levity to a show about, well, murder.

“The one thing that Phoebe had always said was that she didn’t want a heaviness,” Comer said. “These characters — especially Villanelle — goes against the stereotype. And Phoebe didn’t want Villanelle to always be so serious, and you know, kind of constrained … sometimes there would be like a line or a facial expression that would just totally flip the scene on its head.”

Comer added that “a lot of dramas right now are quite heavy, the material is quite dark,” but Villanelle “has that special little quirk that .. sets it off from the rest.”