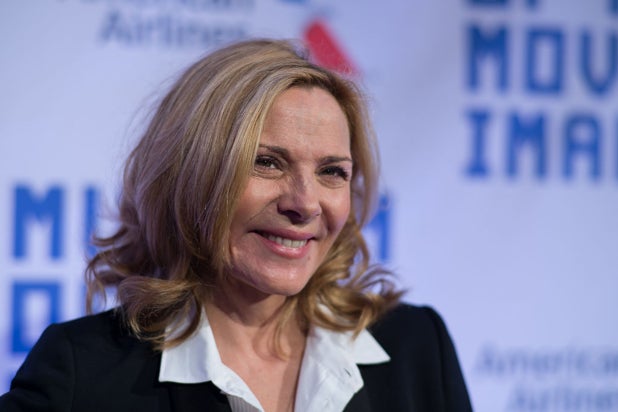 CBS All Access has added Kim Cattrall to the cast of its upcoming dark fairly tale thriller, “Tell Me a Story,” the company announced Wednesday.

Cattrall will play Colleen, an unlikely and very nontraditional grandmother. Per CBS, when her son moves back home, bringing with him a troubled teenager, Kayla, this former chorus girl is going to have to grow up finally and take on the parental duties to protect her family against a very dark and sinister threat.

This will be Cattrall’s first starring role on television since her days playing the sexually liberated Samantha Jones on the HBO series “Sex and the City.” She reprised the role in the 2008 and 2010 “Sex and the City” movies.

Cattrall joins Billy Magnussen, who will star in “Tell Me a Story” as Nick, a young high school teacher who is handsome, seductive and quite possibly a wolf in sheep’s clothing.

“Tell Me a Story” takes the world’s most beloved fairy tales and reimagines them as a dark and twisted psychological thriller. Set in modern-day New York City, the first season will interweave “The Three Little Pigs,” “Little Red Riding Hood” and “Hansel and Gretel.”