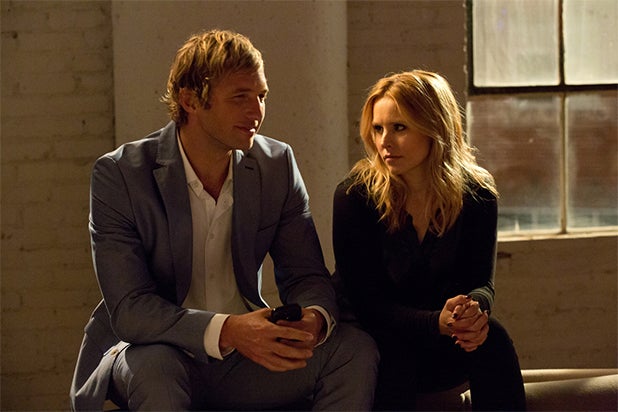 Web series “Play It Again, Dick,” from creator Rob Thomas and following Ryan Hansen’s character Dick Casablancas, was announced in January, and now the casting that’s firmed up should be welcome news to fans.

Kristen Bell, who told TheWrap in July that she would be involved with the series, will reprise her role as both Veronica Mars and a skewed version of herself.

This is because “Play It Again, Dick” has a meta premise of being about a fictional version of Hansen writing a “Veronica Mars” spinoff for himself to star in, and recruiting all his former co-stars to play along.

Just about everyone will return to play along. Jason Dohring, Enrico Colantoni, Percy Daggs III, Daran Norris, Francis Capra, Kyle Gallner and Christopher B. Duncan will play both a fictional version of themselves and their onscreen “Veronica Mars” character counterparts.

Ryan Devlin, who played Mercer Hayes in season 3 of the original series, will return to play himself but not his onscreen alter ego. Instead, he will take over for Teddy Dunn as Veronica’s first love, Duncan.

“Play It Again, Dick” will premiere on CW Seed, The CW’s online distribution platform, on Sept. 15.