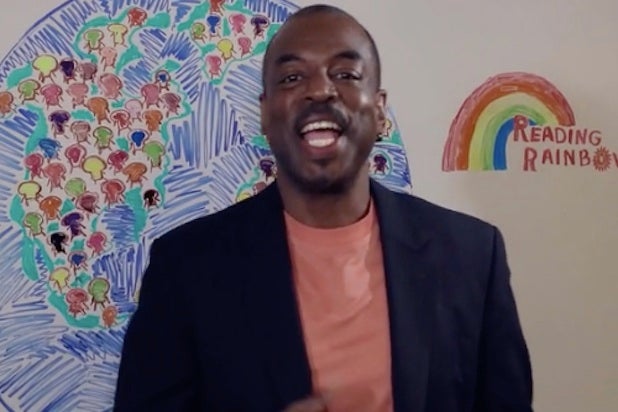 LeVar Burton proved he could go twice as high.

The actor’s fundraising campaign to reboot “Reading Rainbow,” his beloved children’s show, broke the record for most individual contributors with over 91,600 backers on Monday. The previous record was 91,585 backers, who helped fund the campaign to turn defunct TV show “Veronica Mars” into a film.

As of this writing, Burton’s project has collected over $4,788,000 dollars with the deadline for final donations set for Wednesday.

Burton’s campaign is, at the moment, the fifth most funded campaign ever.

Hey Y’all… @readingrainbow just became the most backed @kickstarter ever!!!! #THANK #YOU http://t.co/k9ere80B9g