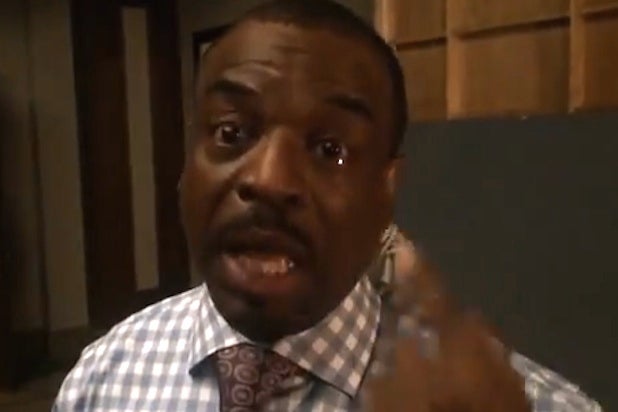 LeVar Burton cried tears of joy on Wednesday night when his Kickstarter campaign to bring back “Reading Rainbow” met its fundraising goal and beyond.

A cameraman was on hand to record Burton’s reaction at the very moment he reached his $1 million dollar target. His friends cheered and he breathed a sigh of relief when the numbers finally came in.

Burton addressed his supporters with a heartfelt thank you. “So Kickstarters, I don’t know what to say, we’ve just crossed the million dollar threshold,” Burton said.

“It is our first day. I am overwhelmed, thank you so much, this is going to enable us to really really really do a lot of good. I am so proud that this community has come together to support this effort and it’s a people’s thing, it’s the $5, it’s the $10, it’s the $25, its the $1 pledges, it’s unbelievable, or actually it’s actually very believable, thank you so much, we are literally changing the world one children’s book at a time. God bless.”

Burton’s Kickstarter has presently raised over $1.7 million dollars and continues to rise like a “butterfly in the sky.”