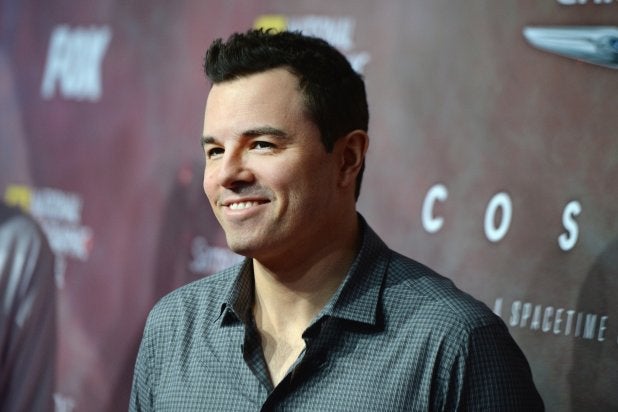 “Family Guy” creator Seth MacFarlane has stepped up in a big way to support LeVar Burton‘s already-successful “Reading Rainbow” Kickstarter campaign. For the next five days, he will match dollar-for-dollar every single pledge made, up to $1 million.

After a successful initial launch on Kickstarter, Burton came up with a new stretch goal in order to give the new “Reading Rainbow” program free to more schools in need, as well as expand it to mobile, gaming and set-top devices. That new goal is $5 million.

In a special video recorded after MacFarlane’s generous pledge offer, Burton had a special message for MacFarlane directly. “Seth, this donation is going to help us ensure that this next generation is indeed a generation that loves to read. And that’s no small thing,” he said. “You’ve got deep pockets, baby. But you’ve got an even bigger heart.”

Also read: LeVar Burton on Reviving ‘Reading Rainbow,’ Mentor William Shatner and Being the Butt of the Joke

With the campaign ending on Wednesday, July 2, Burton urged supporters that now is the time to campaign. After all, with MacFarlane matching pledges dollar for dollar, supporters only need to generate approximately $500,000, which will double to $1 million, pushing the campaign over its new $5 million goal.