With a decades-long list of credits ranging from “Rush Hour” to Disney’s live-action “Mulan,” Tzi Ma has earned his reputation as Hollywood’s go-to Asian dad dozens of times over. But even with his latest role, the actor continues to break new ground as the patriarch of the first Asian American family to anchor a broadcast television drama on The CW’s “Kung Fu” reboot.

“Saying that was totally in jest,” Ma said in an interview with TheWrap, downplaying his well-deserved boast. “I mean, it was just so many of them all at once that I was like, ‘Well, okay.'”

Ma is making the jump to TV for “Kung Fu,” a rare series regular role for the actor after having recently lent his fatherly presence to films like “The Farewell,” “Mulan” and Netflix’s “Tigertail.” Ma tends to shy away from the “bullet train” pace of TV but was willing to get on board for “Kung Fu” and the chance to work with showrunner Christina Kim. 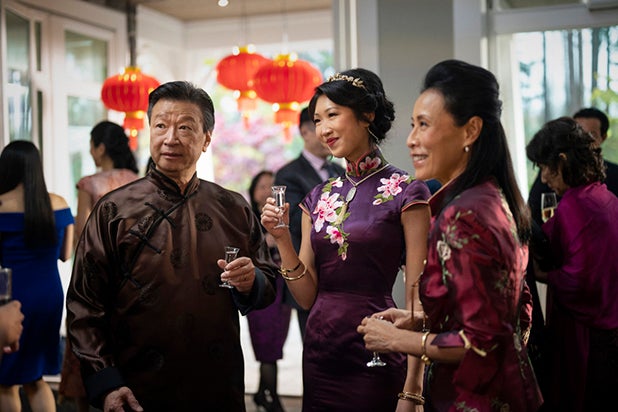 “The original series was fascinating because it was the only platform on television for Asian American actors to be seen,” Ma said, referencing the 1970s drama starring David Carradine in a role he won over Bruce Lee. “If you look at the original series, you see a list of really accomplished Asian American actors like Mako, Robert Ito, Nancy Kwan and all the martial artists on the show.”

“And now we’re doing our show, where we have the same kind of martial arts expertise, which is very much part of our show, the seeking of justice element. But our added ingredient is the Chinese American family,” he said.

Ma stars in the series alongside Jon Prasida, Shannon Dang, “Crazy Rich Asians” actress Tan Kheng Hua and “Legacies” alum Olivia Liang. Liang fills the Carradine role in the reboot, but rather than a lone warrior in search of a lost brother, Liang’s Nicky Shen is an estranged daughter who finds strength in the support of the family she once fled. Ma plays Nicky’s father, Jin Shen.

“They’re a very talented group. And you haven’t seen nothin’ yet, this thing keeps going,” Ma said of his young co-stars. “There’s so much more that we can explore, and so much more that we can say with all the nuance. There’s a certain amount of shorthand that’s afforded to us — we don’t have to explain ourselves because we know each other, we know the culture in which we come from. And that’s a pleasure.”

“And they kind of goofy, so I like being with them,” he added. 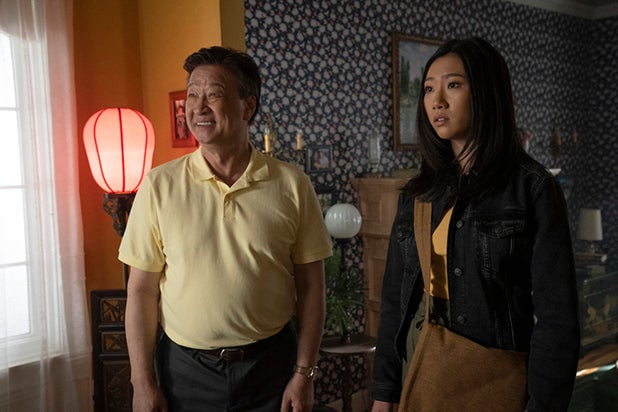 But it’s not just the on-screen representation that makes “Kung Fu” unique. It’s the effort to uplift underrepresented voices — specifically Asian American ones — on both sides of the camera.

“I have never seen a writers room that diverse,” Ma said. “Because when we say representation, we don’t just mean what you can see. I want to see all the talented people who’ve never had an opportunity to do this. So I’m very excited and very happy and hopefully the audience will find our show to be engaging and exciting and we can continue to bring you the perspectives that you normally don’t see on a network primetime show.”

Ma describes his latest dad role as “on the more American side” of Asian American, an openly loving and supportive father who has a much easier relationship with his kids than his much stricter, more traditional wife.

“We’ve seen a lot of dads who had a lot baggage, that you’ve seen me play a lot. A lot of struggle,” Ma said. “So with this dad we really wanted some someone who is supportive. Someone who is understanding, someone who puts their family first. I wanted this kind of dad to be seen, because we have those dads out in our communities, and they don’t really get enough credit. I’d like to hold up the mirror to ourselves and say, Listen, you guys, this is for you. For all the dads out there who took their work as a dad as seriously as anything they’ve ever done in their lives,” Ma said. 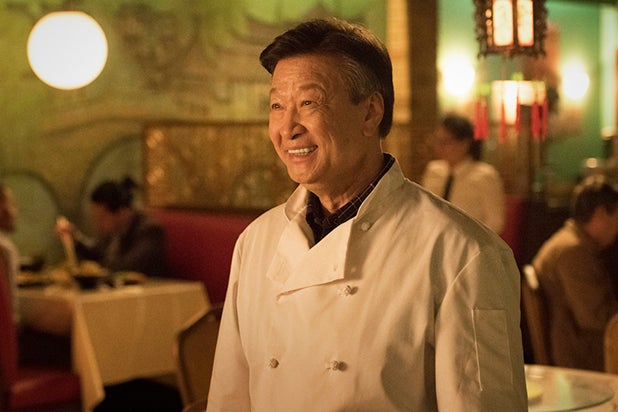 “Kung Fu” premieres Wednesday at 8/7c on The CW.