The “Curb Your Enthusiasm” star and “Seinfeld” writer played the former senator to precision in the cold open on “Saturday Night Live.” He even nailed Sanders’ signature shouting and hand gestures.

“We’re DOOMED! We need a revolution!” fake Sanders said during a parody of the first Democratic debate of the 2016 campaign season that aired last week on CNN. 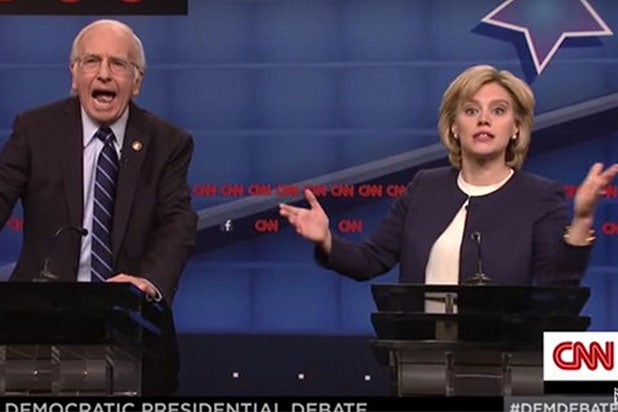 The real Sanders gave David high praise Sunday morning on ABC’s “This Week,” joking that he may invite the Hollywood veteran to join him on the campaign trail.

“I think we’ll use Larry at our next rally. He does better than I do,” Sanders said.

'Saturday Night Live's' Not So Colorful Past: A History of Its Diversity (Photos)

”SNL“ is under fire for its lack of an African-American woman in its cast. The show even poked fun at itself during a recent episode hosted by Kerry Washington. The iconic sketch series has had some, not many, cast members of color in the show’s long history.

Impressionist Jay Pharoah has been with "SNL" since 2010. He kicked off the casting controversy by speaking out about the lack of African-American women in the cast.
View In Gallery