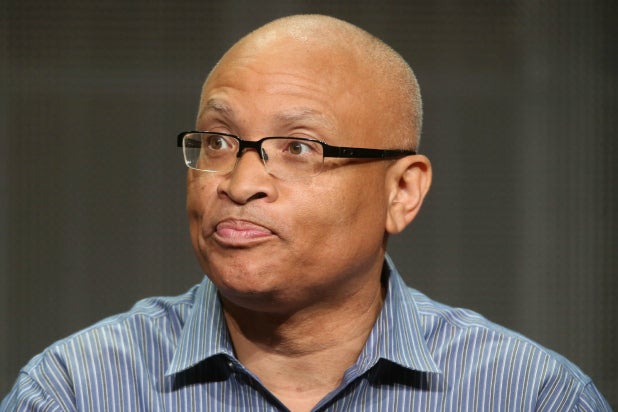 Larry Wilmore’s “Nightly Show” is ending, but he doesn’t necessarily think it was the show’s handling of race that led to its less-than-stellar ratings.

“I mean, our numbers were great when Jon Stewart was there, so I don’t know. I could make the argument that Jon not being our lead-in hurt our numbers,” Wilmore told Vulture.

One could read the Stewart reference as a swipe at current “Daily Show” host Trevor Noah, who has failed to match the ratings of his predecessor behind the Comedy Central news desk.

“There are a lot of ways you can make the argument,” he continued, discussing his show’s cancellation. “There were a lot of people who really appreciated the fact that we tackled those subjects. And there are some people who are never going to like that no matter what you do. So it’s hard to point to one thing.”

Be that as it may, as TheWrap reported back in May, ratings for “The Daily Show” have fallen significantly since Stewart’s departure. Noah’s tenure has seen a 38 percent drop in the adults 18-49 demographic and a 35 percent drop in total viewers.

Following Stewart’s exit and the previous departure of Stephen Colbert and his “Colbert Report,” “The Nightly Show” saw a similar drop-off in the time slot. Wilmore’s political talk show fell 40 percent in the key demo and 29 percent in total viewers.

On Aug. 18, “The Nightly Show with Larry Wilmore" will come to an end after 20 months in the Comedy Central timeslot once held by "The Colbert Report." While it never came close to reaching the numbers of its predecessor, Wilmore proved in the series' 259 episodes that he could be as powerful a satirist and commentator as Jon Stewart with his takes on major political and social stories.
View In Gallery