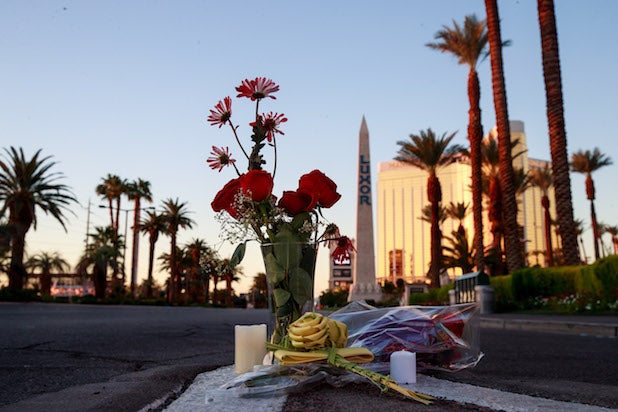 Karen Buling’s fifth trip to Las Vegas started with the sound of gunshots. Moments after she checked into the Luxor Hotel, she and her sister barricaded themselves into their room and prayed the person shooting at the country music festival across the street wouldn’t target them, too.

They turned out to be safe. But Buling said the allure of Vegas is gone for her. “It was the most terrifying thing I’ve ever been through,” the Cleveland medical assistant told The Wrap.  “I will not come back.”

Las Vegas is built on tourists’ dollars, and as it tries to recover from the worst mass shooting in U.S. history, it badly needs tourists like Buling to return. But for some of them, that is unthinkable.

One woman witnessed the attack from her 17th floor window. The shooter, Stephen Paddock, fired from the 32nd floor, 15 stories above her. She says the trip was her 10th and final trip to Vegas.

“It can happen anywhere,” said the woman, who would identify herself only as Linda from Chicago. “But to see it here, I just can’t come back.”

MGM did not respond to TheWrap’s inquiries about whether or not the hotel has faced any significant recent cancellations.

“We’ve been there for you during the good times,” Mandalay Bay’s website said Wednesday. “Thank you for being there for us now.”

Vegas is determined to go on. The Global Gaming Expo, which showcases the industry’s latest slot machines and other gaming products, went on as scheduled Tuesday, and was jam-packed with thousands of developers, manufacturers and buyers.

“I don’t think there’s going to be an impact,” said Darion Lowenstein, chief marketing officer of Gamblit Gaming. “Unfortunately this is going to be a part of our lives now.”

One vendor said a few of his clients canceled, citing safety concerns. Still, many are betting that Vegas will will bounce back sooner rather than later.

“People are still going to gamble,” said Michael Meczka, president and CEO of MMRC, a marketing researching consulting company that specializes in gaming. “People come to casinos because they want to escape and will continue to do so.”

But reality is intruding on the fantasy. The Wynn resort in Las Vegas is already making changes, instructing its guards to scan casino-goers with metal-detector wands and inspect their bags. The new security protocol is “likely to become the norm on the Strip and possibly beyond,” according to Bloomberg.

Stocks in Mandalay Bay’s parent company, MGM Resorts, fell more than 5 percent Monday, and remained in that territory as of 3 p.m. ET Wednesday after some fluctuation.

Competitors fared better: Shares of Las Vegas Sands, which owns the Venetian resort, are up nearly 2 percent, but that company earns the vast majority of its profits from its Macao casinos. Of gaming entities that rely more on Las Vegas, Wynn Resorts is down about 1 percent, and Boyd Gaming has fallen less than 2 percent.

On Tuesday, Susquehanna Financial Group said it was downgrading MGM Resorts and cutting its price forecast on the casino’s shares, though analysts said they were generally optimistic.

“The long-term outlook for Las Vegas as a gaming and convention destination is still favorable,” Susquehanna analyst Elena Shen told TheWrap. “We like the company’s free cash flow profile but we do see a heightened risk.”

“The Vegas brand will rebuild quickly,” Chad Kawalec, president of the Brand Identity Center, told TheWrap. “The threat is over.”

But Kawalec said the city’s ubiquitous catchphrase may need to be reworked.

“‘What happens in Vegas, stays in Vegas’ might not be the best selling line for a while,” he said.