French cookware maker Le Creuset announced Friday it is releasing a series of “Star Wars” themed cookware. The announcement was timed to Triple Force Friday 2019, the official launch of new products from “Star Wars: The Rise of Skywalker,” Disney+ “The Mandalorian” and the “Star Wars: Jedi Fallen Order” video game.

Le Creuset’s announcement video contains a hilarious little disclaimer at the end: “Cookware does not emit sounds or illuminate.”

The hot item (no pun intended) in new collection is the “Han Solo in Carbonite Signature Roaster” (image above) which features a lid and the galaxy’s favorite smuggler. The roaster will set you back $450. In terms of exclusivity, Le Creuset will also sell a handmade Tatooine round Dutch oven. 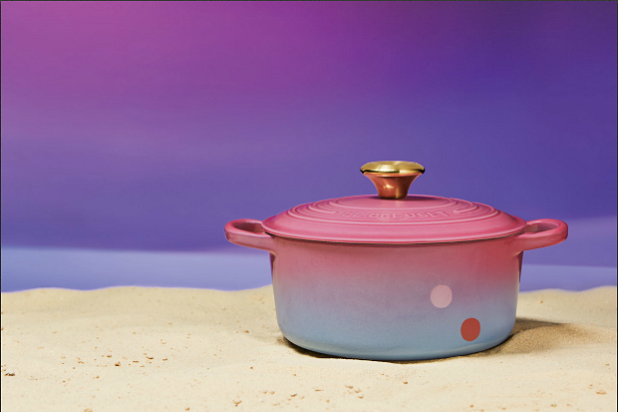 Le Creuset says they will only sell about four of them in the United States which will retail for a whopping $900. The company says, “Our Dutch oven promises an end result that’s anything but dry — unlike the sun-scorched lands of Tatooine.”

On the more affordable side, Le Creuset offers a Porg pie bird that is used to vent steam from a pie while it bakes which will set you back $25. Also, either a C-3PO, R2-D2, or a BB-8 droid themed mini dutch oven which will retail for $30.

If the cookware is not for you, “Star Wars: The Rise of Skywalker” will arrive in theaters on Dec. 20.