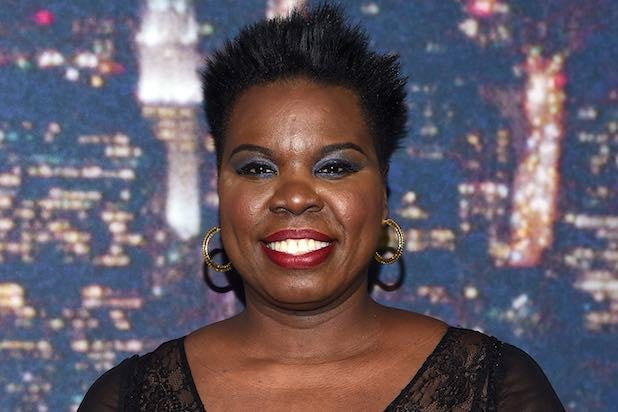 Leslie Jones has been the repeated target of online harassment but the question remains: Why?

Sadly, it appears that the things that make her stand out and be unique are also what causes her to come under attack.

“Cyber aggressors target people who are different because they want to reinforce norms of heterosexuality, gender, race, etc.,” Dr. Diane Felmlee, a professor of sociology at Penn State who has studied cyberbullying, told TheWrap.

That certainly does seem to fit Jones’ case. Ever since she was cast in the all-female reboot of “Ghostbusters,” the comedian has been defending herself from sexist and racist vitriol online.

Cyberbullying and cyber aggression is also the result of people “jockeying for attention, esteem, and respect,” Felmlee continued. Jones’ online attackers are “enforcing more traditional norms that are racist. And then probably getting attention. Aggressive behavior in general is often enacted of getting attention, the goal — no matter how ill-founded — is to get the respect of one’s peers.”

So what can Jones do if she wants to avoid further harassment?

“Some people say you can’t give power to the aggressors so the best thing to do is ignore,” Dr. Sameer Hinduja, co-director of the Cyberbullying Research Center, told TheWrap. “If you show them you’re agitated, they win. Aggressors tend to engage in these type of behaviors because of the psychological or emotional benefit of upsetting somebody else.”

“The other is what she seems to have done is to become an advocate and continue to raise attention on this issue,” Hinduja, who is also a professor in the school of criminology at Florida Atlantic University, continued. “And you take the victimization you’ve experienced and call for action … and stand up for other victims.”

On Wednesday, a hacker or hackers commandeered the “Ghostbusters” star’s Tumblr, posting personal photos from her iCloud account, which included several nude shots as well as pictures of her passport and driver license. Jones’ phone number and the password to her Twitter account were also displayed.

“Ever since Gamergate, there’s been a lot more attention on how women are mistreated online,” Hinduja said. “When women are targeted it tends to be sexual in nature — and in this case it was obviously very racial.”

The hack of Jones’ site, which has been taken offline, also featured YouTube video of the gorilla Harambe, who was killed in an Ohio zoo earlier this year. Earlier this year, Jones was the victim of repeated racist harassment online leading up to the release of “Ghostbusters,” with some Twitter users comparing her to Harambe.

Sadly, this is far from the first time a female celebrity’s privacy has been violated in this way. In 2014, actresses like Jennifer Lawrence, Kaley Cuoco and Kate Upton were the victims of a similar hack that resulted in the release of explicit photos online.