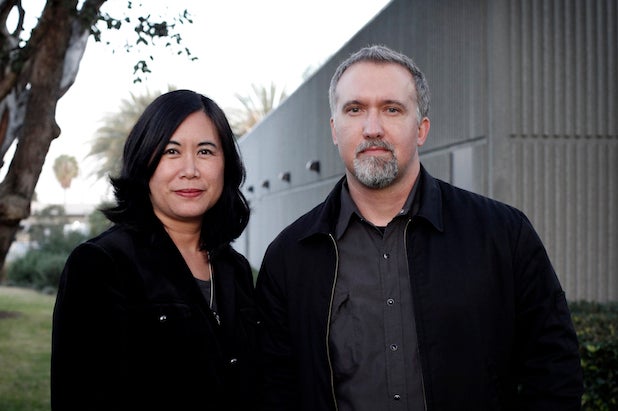 It has been almost a year since Rhythm & Hues, the Oscar-winning visual effects studio behind “Life of Pi,” succumbed to millions in debt and filed for bankruptcy.

Its collapse rattled the tight-knit world of visual effects, culminating in a demonstration at last year’s Academy Awards.

“It was a coping mechanism that kicked off in me,” Leberecht said. “It was about recording everything, because right then we were all traumatized and that kind of feeling can lead you to forget details, and I didn’t want those little things forgotten. I wanted to create a tool for understanding what was happening to our industry.”

The self-funded documentary – which runs 30 minutes – filmed for two weeks and features interviews with key staffers of the California-based company, including founder John Hughes and President Lee Berger. Despite the short running time, Lebrecht and Storm managed to pack the doc with a unique perspective from the visual effects trenches.

As a result, more than 20 visual-effects houses have closed their doors over the past decade.

The culprit isn’t just generous incentives. It’s a flawed business model that sees visual effects houses making fixed bids on projects and then being forced to pay for cost overruns out of their own pockets.

“Rhythm was the victim of a changing business model and the company did not have the necessary leverage vis-à-vis its biggest customers, the studios, to demand the amounts of money it needed to perform the work at the quality its customers wanted,” Bob Baradaran, an attorney for Rhythm & Hues, told TheWrap.

Baradaran went on to say that “the company’s motivations were ‘lets take care of our people’ and ‘lets do excellent work.’ They were working at cost. They weren’t running the company to make big profits.”

Many tears are shed in “Life After Pi” as employees are pink-slipped or asked to work without pay. But most of the anger that bubbles up isn’t directed at John Hughes or the Rhythm & Hues management team. In fact, they are remembered as being supportive bosses, who went as far as to help their employees move into new homes and treated them like friends instead of subordinates.

The company, which eventually sold at auction to Prana Studios, is currently a shadow of its former self. At its peak it employed more than 700 people, but hundreds were laid off during and after the bankruptcy.

But “Life After Pi” argues that some good did come out of its financial failure.

The deterioration of the visual effects industry spurred workers to action. Nearly 500 of them gathered outside last year’s Academy Awards with signs that read “VFX United” and “I Want a Piece of the Pi” to protest the state of the business and the downside of tax incentives.

Though the team from Rhythm & Hues won the Oscar for bringing “Life of Pi’s” tiger and sea-bound wonders to the screen, visual effects supervisor Bill Westenhofer was played off stage by the theme song from “Jaws” – after less than a minute – just as he began talking about Rhythm & Hues’ Chapter 11 filing.

Intentional or not, both moves were seen as a slap in the face to many visual effects workers.

“There was an intense sensitivity,” Leberecht said.” Rhythm & Hues had just gone bankrupt and for that to happen on Oscar night was just poking an open wound.”

Leberecht is still with Rhythm & Hues, while Storm has moved on to become a producer and to work as executive director of Act One, an incubator for writers and producers. Neither is done documenting the financial challenges roiling the visual effects industry.

Their next collaboration, “Hollywood Ending,” will be feature-length and will examine the migration of the movie business away from its epicenter in Los Angeles to other production subsidy hotspots.

“We realized while making ‘Life After Pi’ that there’s a much bigger and broader story that needs to be told,” Storm said. “It’s not just the visual effects business. It’s the entire U.S. film industry and it’s impacting the livelihoods of thousands of professionals. “

In the meantime, there’s another Oscar demonstration planned for this year’s Academy Awards, one that is likely to draw both directors to the picket line.

“My idea for the future is that we level the playing field so those who do the best work get the best rewards,” Leberecht said.

At Rhythm & Hues, few would disagree that its work on nearly 150 films such as “Babe” and “Snow White & the Huntsman’ was among the best. It was the business that failed, not the artists.