On Friday’s episode of “Real Time,” Bill Maher kicked off his monologue talking about what is arguably the single biggest domestic politics story that happened during his Labor Day break: The draconian anti-abortion law that experts say has effectively killed Roe v. Wade in Texas. You can watch the full monologue above now.

Maher, unsurprisingly, is opposed to the law, which he said was passed by a “medieval government.” And the provision of the law he found the scariest was the kludge Texas Republicans included in a successful attempt to convince the right wing Supreme Court majority to let the law take effect via an abuse of the shadow docket system: The fact that it’s enforced by vigilante extremists rather than by state officials.

No, really. The new law is enforced by private lawsuits which can be filed by anyone, even if they live out of state or have no personal connection to the case, against almost anyone they believe to have been involved in an abortion that violates the restriction. This includes drivers, people who give directions or contact information for reproductive health services, anyone. And if the lawsuit is successful, they receive a $10,000 bounty from the state of Texas, while the defendant has to pay all of their legal fees. 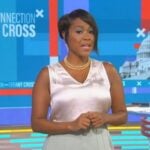 “Special welcome to all the ladies fleeing Texas. You’re welcome here in our state,” Maher said as he kicked off his monologue. “Wow, they really went full hog there in Texas, Abortions now banned if the woman is more than 6 weeks pregnant. 6 weeks? wow. They say everything’s bigger in Texas? Not fetuses.”

“I mean 6 weeks? Most women don’t even know if they’re pregnant at that point, or if they really ever want to see the guy again,” Maher continued. “I bought a car last year, they gave me more time to decide if I wanted to keep the satellite radio.”

Then Maher got to talking about the vigilante provision: “This bill is serious, this bill encourages citizen bounty hunters, did you see that part of it? Oh my god, to sue anyone — a stranger — who you see assisting a woman getting an abortion. It’s called the ‘Riches for Snitches” program.”

“And again, anyone who assists, [it could] be the Uber driver,” he said. “Probably will be the Uber driver. But I wanna say parenthetically, if you’re making your girlfriend take an Uber to an abortion? Maybe you’re an even bigger asshole.” 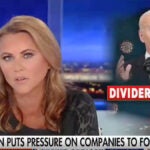 The Maher turned his attention to the situation in Afghanistan, or as he called it with a clear insult to Texas, “other medieval government news,” after which he brought up the sweeping (and overdue) vaccine mandates President Biden announced this week.

Maher noted that Texas, Gov. Abbot has condemned Biden’s attempts to stop antivaxxers from prolonging the pandemic, and used that as an excuse to bash him over the abortion law. “Abbot said ‘it is no fair if you fire people to make them do what you want. How can I sue them to make them do what I want?'”

Maher and his panel guests also discussed the law, and whether or not it will create a political blowback for the people who passed it, later in the show. You can watch that below.