“Making the Cut,” Prime Video’s fashion designer competition, will return for a third season this summer.

Joining hosts and executive producers Heidi Klum and Tim Gunn in Season 3 are Nicole Richie and Moschino creative director Jeremy Scott, who will serve as judges. Richie and Scott were previously judges on the show.

“I am excited for ‘Making the Cut’ to return this summer for its third season,” Klum said in a statement. “I was so happy to be reunited with Tim, Nicole, and Jeremy as we searched for the next great global fashion brand among our most talented group of designers yet! This season’s fashion far exceeded our expectations and there are so many amazing looks that I cannot wait to wear myself.” 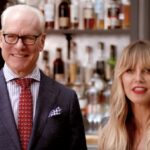 Also Read:
Heidi Klum and Tim Gunn Are Back – and Doing a Weird Dance – in Amazon’s ‘Making the Cut’ Trailer (Video)

Over the course of the upcoming third season, various additional guest judges will make appearances, though Prime Video plans to announce those names at a later date.

Once again, the show is set in Los Angeles, with runway shows this season happening on Rodeo Drive in Beverly Hills, and a rooftop in Downtown. A total of 10 designers from around the world will compete this season, again for a $1 million prize to invest in their business and a mentorship with Amazon fashion.

“After watching the success of our past designers, including winners Andrea Pitter and Jonny Cota, I’m tremendously excited for fans to see what this season’s enormously talented group of designers has in store,” Gunn said in a statement.