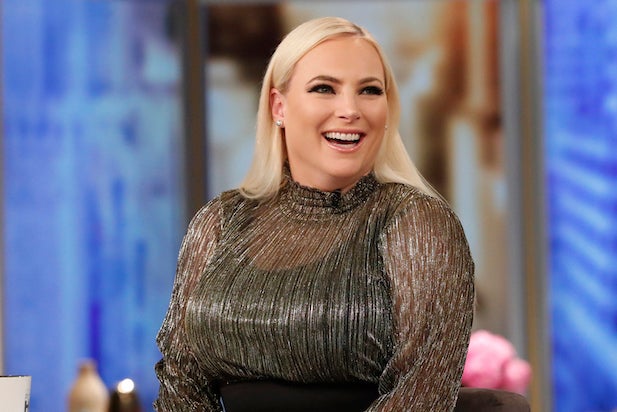 Despite a report that Meghan McCain is considering exiting “The View,” TheWrap has learned the ABC talk show is expecting all of its co-hosts to return for Season 23 this September.

“The co-hosts and ‘The View’ have had an incredible season and we expect them all back for an epic year ahead,” a spokesperson for the daytime talker said in a statement to TheWrap on Wednesday.

According to the Daily Beast, McCain is “seriously considering calling it quits and not accepting ABC’s offer to return for ‘The View’s’ 23rd season next September” after two years at the table.

Also Read: Meghan McCain Calls Out Seth Meyers to His Face Over Ilhan Omar Defense: 'Are You Her Publicist?'

Sources close to the conservative panelist — the daughter of the late Arizona senator John McCain — told the Beast that McCain is “feeling like a caged animal” due to her on-camera spats with co-hosts Joy Behar and Sunny Hostin (last month McCain told Behar “don’t feel bad for me, bitch,” during a heated exchange at the top of the show) and “emotionally drained over” media reports about tension on “The View” set.

“We don’t want people to attack Meghan,” Hilary Estey McLoughlin, senior executive producer on “The View,” told the Beast. “We’re happy to have Meghan there. I think she does want to be there. I think she wants to be on the show. She realizes it’s a very good platform for her and we love having her there. I feel like she will come back.”

McLoughlin added: “What happens with Meghan is that because she’s so passionate about what she’s talking about, and she feels very strongly that she’s carrying this mantle for the conservative perspective, and what she wants to talk about is so important to her, I think that’s the part that’s the most draining for her.”

Representatives for McCain did not immediately respond to TheWrap’s request for comment.