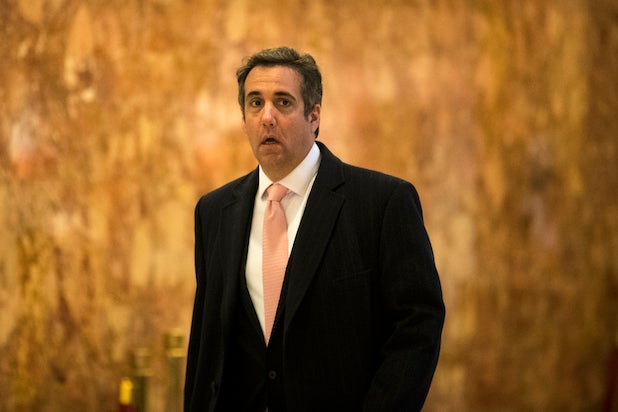 Michael Cohen has withdrawn his libel suit against BuzzFeed and Fusion GPS, a lawyer for the Trump attorney revealed on Thursday.

“The decision to voluntarily discontinue these cases was a difficult one,” Cohen attorney David Schwartz told Politico Thursday, which reported the news. “We believe the defendants defamed my client, and vindicating Mr. Cohen’s rights was — and still remains — important. But given the events that have unfolded, and the time, attention, and resources needed to prosecute these matters, we have dismissed the matters, despite their merits.”

Schwartz did not immediately respond to request for comment from TheWrap.

The longtime Trump fixer had been suing both companies for their role in the now legendary dossier compiled by ex-British intelligence agent Christopher Steele. The dossier — which was paid for by Fusion and published by BuzzFeed — is the origin of the so-called “pee tape” and rumors that the president had a urine-filled encounter with prostitutes in a Moscow hotel room in 2013.

In a statement to TheWrap, BuzzFeed defended its decision to publish the dossier.

“The lawsuits against BuzzFeed over the Steele dossier have never been about the merits of our decision to publish it. If there’s one thing Democrats and Republicans agree on today, it’s that the dossier was an important part of the government’s investigation into potential collusion between the Trump Campaign and Russia,” said BuzzFlack Matt Mittenthal.

“Its interest to the public is, and always has been, obvious. Today’s news suggests that Donald Trump’s personal lawyer no longer thinks an attack on the free press is worth his time.”

Cohen’s decision comes as his own legal troubles mount. Last week, his offices and personal apartment were raided by the FBI and this week it was revealed that — in addition to Trump — Cohen had some legal relationship with Fox News host Sean Hannity.