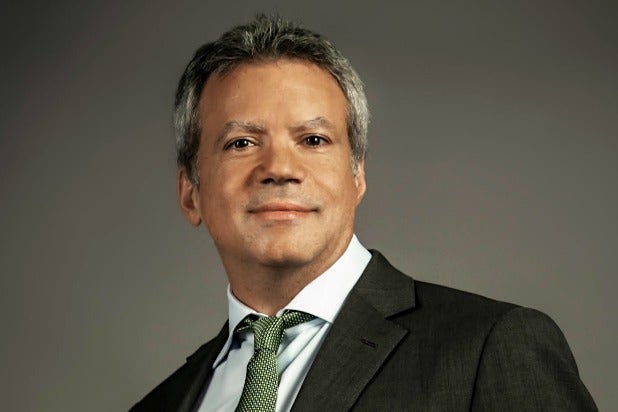 He’ll be taking over duties previously overseen by Jonathan Glickman, who TheWrap reported earlier on Friday, would be leaving the position as president after holding it for the past nine years. De Luca will report directly to MGM’s Board of Directors.

With over three decades in the film business, De Luca is a prolific producer and executive who has been nominated for three Academy Awards.

“It is rare to find an executive who is as experienced and respected inside the studio system as well as in the filmmaking community,” said Kevin Ulrich, MGM’s chairman of the board. “Mike’s incredible passion for the industry guides all that he does. Over the course of his groundbreaking career he has developed exceptional relationships. He has helped launch the careers of some of the industry’s most important talent while overseeing critically acclaimed films and franchises, including ‘Boogie Nights,’ ‘Austin Powers,’ ‘Rush Hour,’ ‘Moneyball’ and ‘The Social Network.’ We are looking forward to Mike taking the reins of MGM’s Motion Picture Group and using his unique talents to grow the renowned MGM library.”

“I am incredibly honored to be taking on this role at MGM and greatly look forward to working with Kevin Ulrich, the entire Board of Directors at MGM and United Artists Releasing, and everyone at the company,” said De Luca. “MGM is a revered label within the film industry with a long, rich history and I could not be any prouder to join this studio as we head into the year 2020. I look forward to being part of the team which will lead MGM’s film legacy forward with new movies from visionary talent and diverse, original voices. I am especially excited to be stepping into a situation where I get to work with Jonathan Glickman again, his excellent taste and talent make him an invaluable producer for the studio going forward.”

With over three decades in the film business, De Luca is a prolific producer and executive who has been nominated for three Academy Awards (for David Fincher’s “The Social Network,” Bennett Miller’s “Moneyball,” and Paul Greengrass’s “Captain Phillips”); and three Emmy Awards (for producing both the 89th and the 90th Academy Awards and most recently for producing Ben Stiller’s award-winning “Escape At Dannemora” for Showtime). Additionally, he has been nominated four times for a Producer’s Guild of America Award. De Luca also produced the film adaptation of “Fifty Shades of Grey,” as well as its two sequels – “Fifty Shades Darker” and “Fifty Shades Freed” for Universal Pictures. The trilogy was a global phenomenon and a box office sensation that grossed over $1 billion internationally.

Over the course of his career, De Luca has held several key positions in the film industry. At age 27, De Luca served as one of the youngest heads of production in Hollywood history when he was appointed President and COO of New Line Productions, where he helped to launch lucrative franchises including “Friday,” “Blade,” “Austin Powers” and “Rush Hour.” During his tenure, he championed such groundbreaking sleeper hits as “Seven,” “Wag the Dog,” “Pleasantville,” “Magnolia,” “I Am Sam” and “Boogie Nights,” and helped to launch the directing careers of Jay Roach, Gary Ross, Alan and Albert Hughes, F. Gary Gray, the Farrelly brothers, David Fincher and Paul Thomas Anderson. From New Line, De Luca went on to serve as DreamWorks’s Head of Production from 2001 to 2004, overseeing the live-action division and the production of such films as “Old School” and “Anchorman,” which continued the rise of both Will Ferrell and Todd Phillips.

Beginning in 2004, De Luca launched his own production company, Michael De Luca Productions, which had a development and production agreement with Columbia Pictures that brought the studio three Academy Award Best Picture nominees — “The Social Network,” “Moneyball” and “Captain Phillips” — as well as mainstream success with films such as “Ghost Rider” and “21.” Prior to launching a multi-year production deal at Universal Pictures in 2015, De Luca served as President of Production for Columbia Pictures.