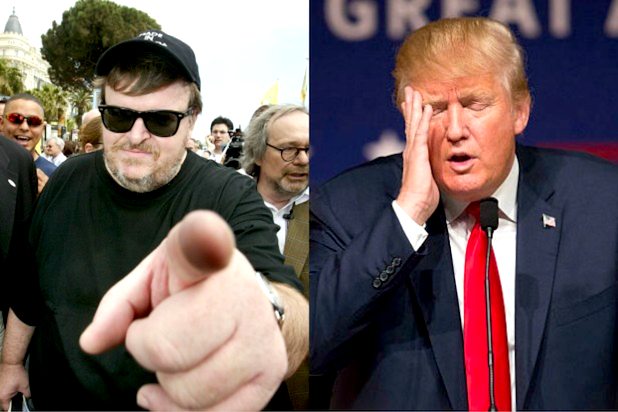 It started Wednesday morning, after Moore tweeted a harsh assessment of Mueller’s competence, plus a bitter criticism of Democrats. “A frail old man, unable to remember things, stumbling, refusing to answer basic questions,” Moore said about Mueller. “I said it in 2017 and Mueller confirmed it today — All you pundits and moderates and lame Dems who told the public to put their faith in the esteemed Robert Mueller — just STFU from now on.”

Several hours later, Trump quote-tweeted Moore, and added “Even Michael Moore agrees that the Dems and Mueller blew it!”

Moore later replied to say that he agrees with Trump — though Trump shouldn’t assume the ideological opposites are suddenly best friends. Moore cited the fact that Trump isn’t in jail as proof that what he said earlier in the day was true.

“Yes. The proof they blew it is that you’re tweeting on Air Force One! You shouldn’t be on that plane, or in the Oval Office — you should be wearing a jumpsuit that matches your face,” Moore tweeted. “The DNC & Mueller may not have known how to stop you, but millions of voters — and I — do. Get ready.”

Trump hasn’t responded to Moore yet, but we’re going to go out on a limb and say he doesn’t think he should be in jail.