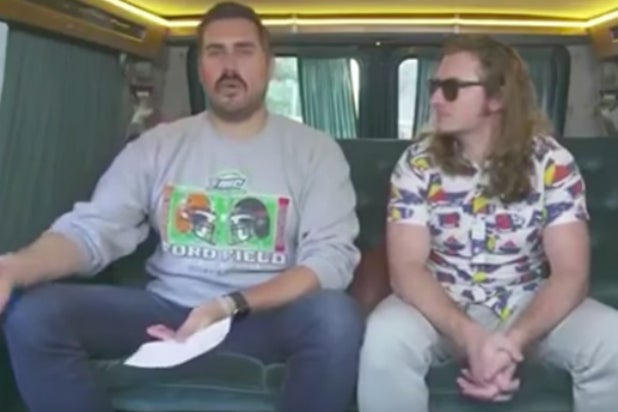 Michael Rapaport has weighed in on ESPN’s quick cancellation of “Barstool Van Talk,” saying that the sports network yanked the show after one episode “to send a message,” calling out what he characterized as the “self righteous chumps” at ESPN.

“ESPN cancelled @barstoolsports Van Talk to send a message of some sortve Dick Swinging Power.@SarahSpain & them are self righteous chumps,” Rapaport, whose Podcast “I Am Rapaport” is carried by Barstool Sports, wrote, referring to ESPN columnist and radio host Sarah Spain, who according to The Big Lead sent emails to ESPN executives stating that she was wary of the network partnering with Barstool.

Spain wasn’t the only one at ESPN who was apparently unhappy with the collaboration with Barstool. Last week ESPN’s “Morning Countdown” host Sam Ponder blasted Barstool Sports over what she called “horrific personal attacks” on women, and specifically women at ESPN.

“I am disappointed that we are promoting a company name that still maintains support for horrific personal attacks against multiple women within ESPN,” Ponder tweeted.

In his statement Monday, Skipper acknowledged that ESPN and Barstool weren’t exactly an ideal match.

“While we had approval on the content of the show, I erred in assuming we could distance our efforts from the Barstool site and its content,” Skipper wrote.