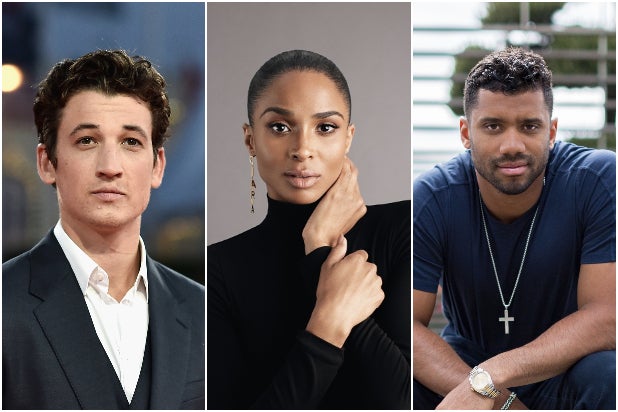 “Whiplash” and “Top Gun: Maverick” star Miles Teller is set to star in a true story of a boating disaster called “Not Without Hope” that will be executive produced by NFL quarterback Russell Wilson and singer and songwriter Ciara, Highland Film Group announced Friday.

Highland Film Group is representing international sales on the film from director Rupert Wainwright at the upcoming Cannes virtual marketplace, while CAA Media Finance is handling the domestic rights.

“Not Without Hope” is based on a non-fiction book by Nick Schuyler and Jere Longman of the same name about a pair of best friends and two NFL players who are trapped in freezing water after a storm hits and their boat capsizes. Here’s the full synopsis:

Best friends Nick Schuyler (Miles Teller) and Will Bleakley, and NFL players Marquis Cooper and Corey Smith, depart Clearwater, Florida for a day trip at their favorite fishing spot 70 miles out in the Gulf of Mexico. As a severe storm heads their way, a trapped anchor and a tragic mistake in trying to free it causes their boat to capsize, throwing the four friends violently into the freezing water. With the U.S. Coast Guard air and sea rescue mission beaten back by the ferocity of the massive storm, the group must fight to survive in the ultimate test of teamwork and endurance.

E. Nicholas Mariani wrote the screenplay, and “Not Without Hope” is being produced by Michael Jefferson of Volition Media Partners, Rick French of Prix Productions, Lucidity Entertainment’s Colin Bates and Teller’s Lime Tree Productions, in association with Wainwright’s Adore Creative.

“We are very excited to help bring this inspiring true story to the big screen. In today’s world of uncertainty, we definitely need feature films that are able to instill hope, courage and strength,” Highland Film Group’s CEO Arianne Fraser said in a statement.

Teller recently starred in the Nicolas Winding Refn miniseries “Too Old to Die Young,” and he’ll next be seen in “Top Gun: Maverick” and Sean Penn’s “Flag Day.”