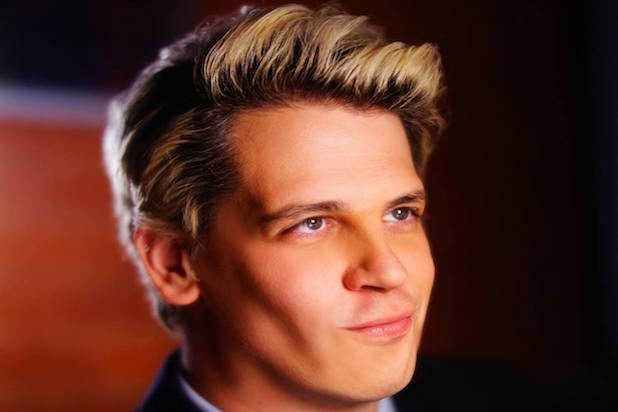 The conservative website The Daily Caller has canceled a planned “regular column” by conservative provocateur Milo Yiannopoulos after just one post and fired its opinion editor over the matter.

In a statement, Daily Caller co-founder and publisher Neil Patel distanced himself from the entire Milo venture and insisted that the regular column idea was never official.

Patel’s remarks, however, contradict a statement which initially appeared at the bottom of Milo’s essay which originally indicated that the column would be regular.

The language was later updated to remove that promise.

Yesterday, the Daily Caller said Milo had been given a weekly column. That sentence has since been deleted. pic.twitter.com/Swt5ENuA81

The imbroglio also resulted in the firing of opinion editor Robert Mariani, who took to Twitter to denounce his former employers, saying Editor in Chief Geoffrey Ingersoll had been hot for the idea, and that Patel was an  “unscrupulous” and “emotionally imbalanced” man.

For anyone wondering, the Milo column I ran was
1. a top editor’s idea at an editorial meeting
2. cleared with the editor-in-chief

my innovation was getting Milo to give me a regular, weekly contribution. other editors were notified about the submissions being regular

“columnist” doesn’t denote an official capacity at the DC. Other writers for me had the title and were just like any other contributor

the publisher is an unscrupulous man and emotionally imbalanced man, pretty much everyone that’s worked there says so

I mentioned it to the EIC that I would be receiving regular submissions from Milo, that was met with enthusiasm

“Rob didn’t make us fully aware of the extent of the deal prior to going live,” Ingersoll told TheWrap. “He made a poor attempt, but he didn’t get affirmative consent on all the details.”

Mariani did not immediately respond to TheWrap’s request for comment.

Yiannopoulos, for his part, responded to the cancellation with a full scorched-earth denunciation of Daily Caller, saying the site had promised him a weekly column but caved to political pressure.

He also published emails which seemed to suggest that site had initially been hot for the idea.

“The Daily Caller has caved to pressure and cancelled my weekly column after a day, claiming, falsely, they never planned to run weekly contributions from me,” Yiannopoulos said in a Facebook statement. “The Daily Caller is also throwing its opinion editor Rob Mariani under the bus: we are told he has just been fired. I’m disappointed, to put it mildly.”

“Neil Patel is a cuck,” Yiannopoulos added in comments to TheWrap, using a common slur for a less-than-true conservative in alt-right circles.