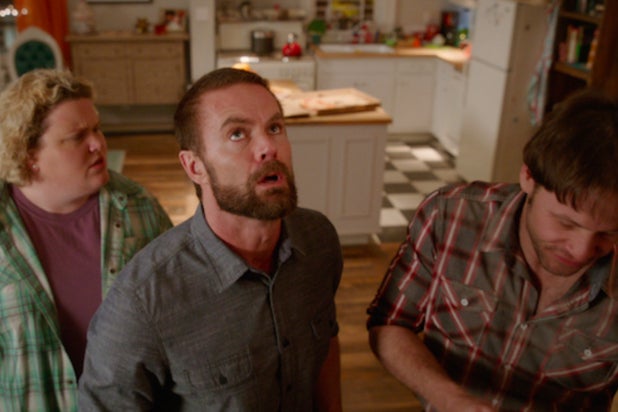 (Spoiler alert: Do not read this if you’ve yet to watch the Season 4 finale of Hulu’s “The Mindy Project.”)

Season 5 of Hulu’s “The Mindy Project” will resolve the love triangle between Mindy Lahiri and the two men in her life, ex-husband Danny and new love interest Jody Kimball-Kinney. Or provide at least some resolution, according to showrunner Matt Warburton.

The writers are “not gonna draw this out,” Warburton said in an interview with TheWrap. “We’re gonna see exactly what she’s gonna do and move on from there.”

Don’t feel bad for Jody (Garret Dillahunt) — he was always (probably) going to be in this position. We asked Warburton if the character was created to be the new “Will They/Won’t They?” with Mindy Lahiri (Mindy Kaling), something he responded was “definitely a strong possibility from the beginning.”

The writers usually introduce male characters as an adversary to Mindy, Warburton explained, because that’s the funniest way to onboard the new guy. Then they just “see how it feels.”

Apparently, this one felt good enough for some flirting, love letters, smooching, and even one character buying the other an apartment. So Jody/Mindy looked like a certainty, until her ex-husband Danny Castellano (Chris Messina) came back in the picture via a frozen elevator, that is.

Love in an elevator aside, Warburton seems to think that Jody’s still got a shot, but it’ll be quite an uphill battle as far as viewers are concerned.

Though emphasizing baby-daddy Castellano’s jerky side and having Kimball-Kinney dump presumable millions on Mindy’s expanded dwelling is a pretty good start, one for the side of Jody’s southern chivalry. That said, his chlamydia didn’t have such a positive impact on the titular character.

“After what the audience has been through with Danny … there’s no one on Earth we could bring in that wouldn’t [struggle with fans],” he admitted of the likely leanings. “We know that.”

We’ll have more from our interview with Warburton tomorrow.