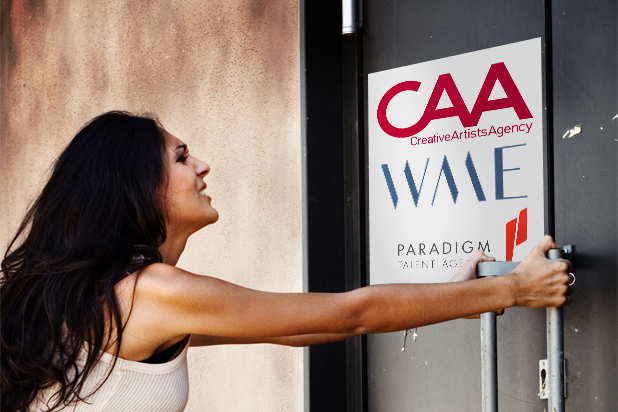 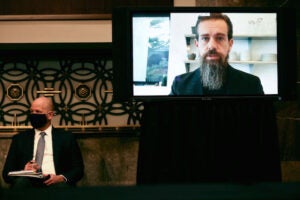 ”The disregard for gender parity is completely out of step with best business practices, as well as the current zeitgeist,“ SDSU’s Martha Lauzen says

Despite public pledges to achieve progress toward gender parity — “50/50 by 2020” was the battle cry — most Hollywood talent agencies appear to have fallen short of their goals and are reluctant to talk about their lack of progress.

In a survey of six top agencies by TheWrap, only ICM Partners and Verve said they have reached their own goals for achieving gender balance. In the case of ICM, a company rep said 15 of its 23 departments are run or co-run by women — while Verve has six women on an 11-member leadership team that is evenly split to oversee a staff of 84 that is 52% female.

Other agencies, including CAA and WME, established new executive leadership teams that have slightly more female members (in both cases, 6 out of 11). The agencies, however, refused to disclose the gender breakdowns of their staff, agents, partners or board of directors — suggesting that they remain male-dominated operations even as the industry has placed a new focus on gender balance.

To be clear, it’s difficult to nail down a single metric applicable to all agencies, and only ICM Partners and Verve provided significant data to substantiate their progress. Half of the agencies contacted by TheWrap declined to provide any data at all, including CAA, UTA and Paradigm.

As calls for gender balance arose three years ago in the aftermath of the #MeToo movement, agencies responded in different ways. ICM, CAA, UTA and Paradigm set specific goals for gender parity — though the details varied by agency. Others, like WME, made it known that they were quietly pursuing goals to increase female hiring and promotion without making public pledges.

The lack of transparency and tepid progress at the heart of Hollywood’s dealmaking hubs is not acceptable, critics say. “The disregard for gender parity is completely out of step with best business practices, as well as the current zeitgeist,” Martha M. Lauzen, executive director of San Diego State University’s Center for the Study of Women in Television and Film, said in a statement to TheWrap. “The lack of action provides further evidence that, generally speaking, voluntary pledges and promises don’t work.”

Lauzen also faulted agencies for allowing a “scattershot approach to improving inclusion ratios” instead of addressing the problem across companies. “The time is right for the creation of an independent organization to oversee diversity efforts,” she said. “This is an industry-wide problem in need of an industry-wide solution.”

Here’s a breakdown of the major Hollywood agencies and where they stand. 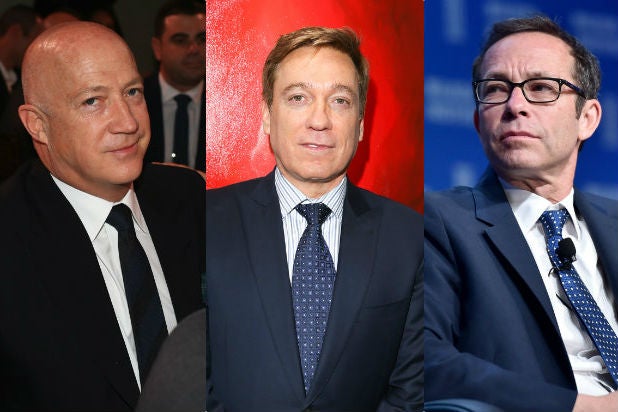 CAA, which the Los Angeles Times reported last year has about 2,000 employees, committed to achieving 50-50 gender parity by 2020 in the areas of management and board of directors — and said that it reached both goals in January 2020.

Unlike ICM, CAA did not commit to achieving 50-50 balance in partners or department heads — and agency reps declined to say how many women currently serve on its management committee or board of directors — and the overall makeup of either group.

Last January, CAA established a brand-new 11-member board to oversee the day-to-day management of the company, and six of those board members are women: Risa Gertner, Emma Banks, Maha Dakhil, Michelle Kydd Lee, Sonya Rosenfeld and Tiffany Ward.

In November 2017, CAA unveiled a pair of new operational groups, Finance and People & Culture, comprised of 35 women and men, including many existing department heads and next-generation leaders, reporting directly to the Management Committee. A rep for CAA also declined to comment on how many current members of the operational groups are women. 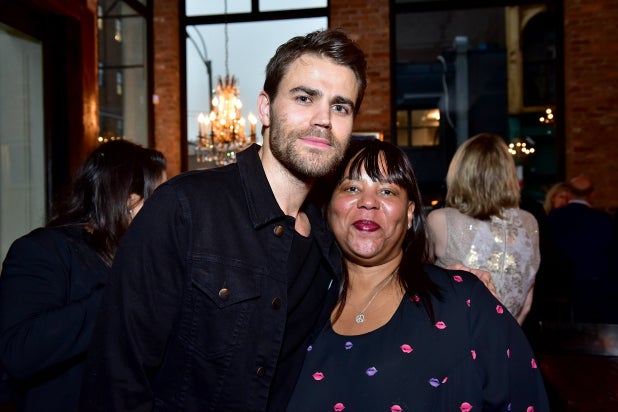 In 2017, ICM Partners committed to 50-50 gender parity among staff and leadership roles by 2020. ICM Partners, which has about 300 agents and executives and more than 500 employees, said that the agency hit its targets ahead of schedule.

“It’s not enough to have 50 percent [female] employees,” ICM managing director Chris Silbermann told The Hollywood Reporter in 2017. “Women have to be equally represented in true positions of leadership and influence throughout the company.”

By the end of 2019, ICM reported that female employees outnumbered men company-wide, though it declined to provide figures. More importantly, it said 15 of its 23 departments are run or co-run by women — more than 65%. Currently, ICM has women running its Branding, Publishing, Media Rights, Production, Independent Film, Legal/General Council, Politics, Podcasting, Theatre, Human Resources, Facilities and Client Services departments as well as co-running the biggest revenue generators: Talent and Lit. (The only departments not run by women are ICM Stellar Sports, Concerts, Directors, Broadcasting, Speakers, Finance, IT and Corporate Communications.)

Still, ICM has only four women on its 11-member board of directors, though the group includes the first African American ever to be a board member of a major agency, Lorrie Bartlett. Bartlett runs the talent department and has a client list that includes Regina King, Laverne Cox, Michael Keaton and rising newcomer Rachel Zegler. The other three female board members are Janet Carol Norton, who runs Production and created the agent business for line producers, and Jennifer Joel and Esther Newberg, who jointly run the publishing unit that is regarded as one of the strongest in the industry.

The company, which permanently laid off 180 of its 600 employees last September due to the effects of the pandemic, has also not been forthcoming about its efforts to achieve gender parity in its ranks — even before announcing the sale of its music assets last week to sports and media mogul Casey Wasserman. (The sale is expected to close in the next several months, and the fate of the remainder of Paradigm is unclear.)

In 2019, Debbee Klein, then a top agent in Paradigm’s TV literary department, pledged that the agency would strive to achieve gender parity among its agents by 2020 — and the company hired four female talent agents later that year.

But less than a year later, the agency fired Klein — who then filed a $2 million lawsuit against the agency and accused CEO Sam Gores of “running Paradigm as his personal piggybank” and “Paradigm’s expense account as a slush fund to pay for his sexual dalliances with prostitutes.” (Gores denied the accusations.)

A spokesperson for Paradigm declined numerous requests for comment on this story about the gender breakdown of its staff, agency ranks and leadership.

Also Read: Why Paradigm Is Unlikely to Survive as a Standalone Agency Post-Pandemic 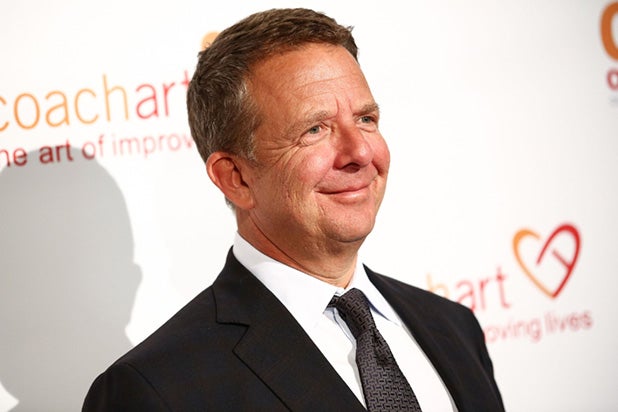 In a 2017 memo to staffers, UTA Chief Jeremy Zimmer said, “Recently we have been asked by some of our clients to commit to gender equality by 2020. Initially I was concerned about committing to a goal without a clear cut plan of how to achieve it. As a result of deeper conversations we have decided to commit to a process of achieving gender equality in leadership at UTA. We will form a new operational group at UTA which will be more representative of our diverse organization and client body.”

While an individual with knowledge of the agency said UTA reached its gender-parity goal in 2019, the insider declined to provide any specifics on the makeup of its new operational group. And there is no sign of any significant changes in leadership at the agency. The company’s website identifies a leadership team consisting of three men (Zimmer, David Kramer and Jay Sures), and a seven-member board that includes just two women: agents Blair Kohan and Tracey Jacobs. 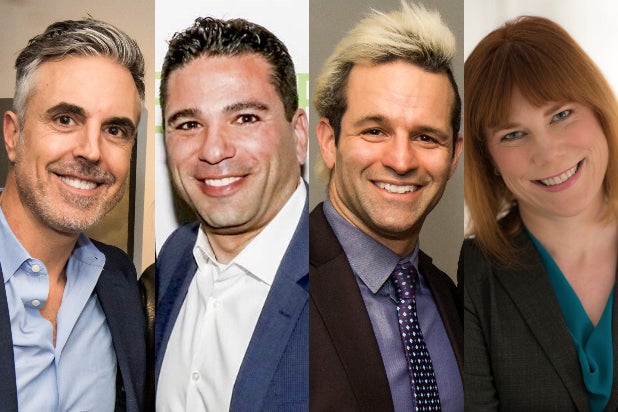 Founded in 2010 by lit agents Bryan Besser, Adam Levine and Bill Weinstein (former colleagues at Endeavor), Verve has in a decade became one of the top talent and literary agencies in Hollywood, representing screenwriters for five or the 10 most profitable films (“Frozen 2,” “Captain Marvel,” “Toy Story 4,” “Aladdin,” “Star Wars: Rise of Skywalker”).  Amy Retzinger was the fourth partner to join Verve shortly after the agency was formed.

According to an agency spokesperson, 52% of its 84 employees identify as female and six of its 11-member leadership team are women. The company has a total of 37 agents.

“Gender parity isn’t new to Verve. We built our agency this way over a decade ago, not only with our employees but our clients as well,” the Verve Partners said in a statement to TheWrap. “We are proud to see our peers and the industry as a whole taking more of a stand and embracing it,” a spokesperson said. 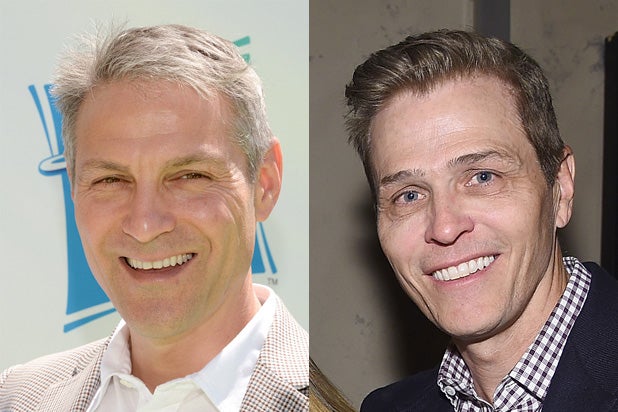 WME, which has roughly over 1,200 employees, declined to disclose a gender breakdown of its workforce — company-wide or among agents and department heads. The agency was one of the few that did not make a public pledge to increase its hiring and promotion of women.

The company’s board of directors also skews heavily male. According to a 2019 Securities and Exchange Commission filing as part of a later-aborted attempt to go public, WME parent company Endeavor reported no women among the company’s four directors and one director designee. And there was only one woman among the six other executive officers: human resources chief Kerry Chandler.

However, a spokesperson said that the agency’s 11-member executive team is more than 60% female, suggesting that it includes seven women. The rep said this was achieved without officially signing on to any official gender-parity pledge — but declined to provide figures.