Anyone in need of a refresher on how and why Muhammad Ali was such a powerful sports figure — and cultural icon — can cozy up to streaming platforms or broadcast TV this weekend.

There are plenty of documentaries, newsreel highlights and even scripted projects that chart the meteoric rise of the boxer and his famously sharp tongue — and, more importantly, his significance as a transformative African American figure during a bleak social and political era.

As far as features go, the easy standout is Michael Mann‘s 2001 biopic “Ali,” which followed the ten year period between 1964-1974 in the boxer’s life. Will Smith tackled the big role to favorable reception.

“Smith, who has a well-developed ego of his own, not only looks like the young Ali but also sounds like the brash Louisville Lip,” wrote the Louisville Courier-Journal, Ali’s Kentucky hometown newspaper.

Find out where you can catch that film and more like it below (*Netflix, Hulu and Amazon Prime are all subscriber services):

“30 for 30: Muhammad and Larry”: This installment of ESPN’s docuseries follows an October 1980 bout where Ali went for his fourth heavyweight championship against his friend Larry Holmes. Albert Maysles directs.

Maysles marveled at “how human and likeable they are, especially at a time now when most in the mass media seem to find it all too difficult to represent anyone who may exemplify the best in all of us. Muhammad and Larry, surely, represent the best.”

“I Am Ali”: This feature documentary from Clare Lewins is deeply personal, as it uses audio diaries from the legend himself in reflecting on his entire life and career.

“The Trials of Muhammad Ali”: This 2013 documentary looks at Ali’s later years and his practice in the Islamic faith.

And for what it’s worth — a general  Ali search yields dozens and dozens of news interviews from over the decades, with anchors like Matt Lauer on topics from Ali’s left hook to his poetry. It’s a treasure trove. 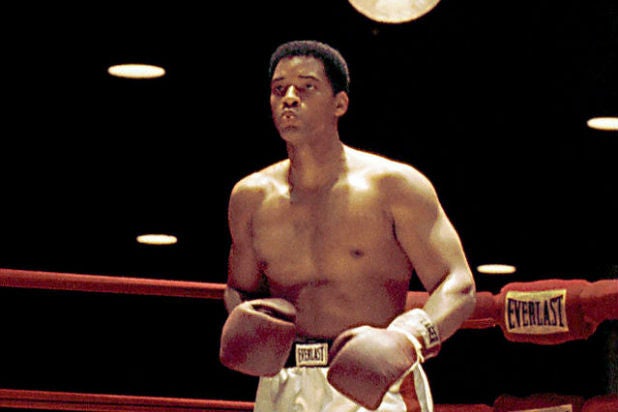 “Muhammad Ali – The Man, The Moves, The Mouth”: Star biographer Les Krantz takes a swing at Ali, the title referring to his famous bragging.

“Firing Line with William F. Buckley Jr: Muhammad Ali”: Prime’s library is so expansive that it would be impossible to vet them here, but one the most commented-on offerings is a 1968 episode of the William F. Buckley TV series “Firing Line,” in which Ali appears to discuss to burgeoning civil rights movement — and his decision to join Islam and avoid the U.S. military draft. It’s undeniably an historical conversation.

Tonight, as a room full of A-listers will likely mourn the legend at the 10th Anniversary taping of “The Guy’s Choice Awards,” Spike TV will air “Facing Ali” at 9 p.m. (check your local listings).

Over on ABC, “20/20” will air the special “Muhammad Ali: The Greatest of All Time,” with extended comments from friends and family to be anchored by Elizabeth Vargas. That kicks off 8 p.m. ET.

A look back at the athlete known as simply ”The Greatest,“ who would have turned 75 on Tuesday