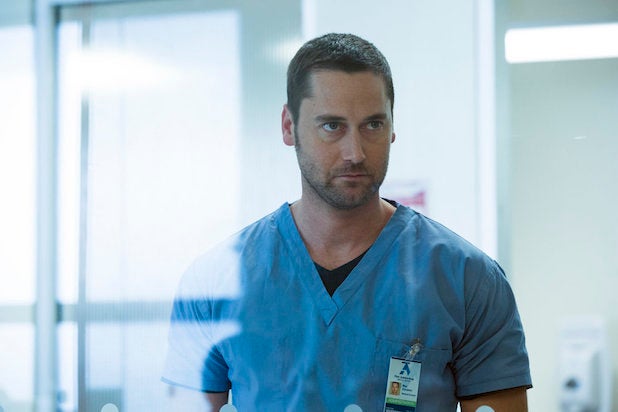 NBC has pulled an upcoming episode of “New Amsterdam” about a flu epidemic, as the real-life coronavirus crisis continues to worsen.

The episode titled “Our Doors Are Always Open” was scheduled to air on April 7. The show will instead shift into reruns before airing its season finale, which has already been shot and produced, on April 14.

The epidemic episode will air at a later date.

“‘New Amsterdam’ has an episode that was written some time ago that focuses on a flu epidemic in New York City,” NBC said in a statement. “Being sensitive to the current climate, the producers, network and studio have decided that the episode will not air on NBC on April 7 as previously scheduled.”

“New Amsterdam,” a medical drama set in a fictional New York City hospital, was one of many TV productions forced to shut down earlier this month due to the coronavirus pandemic. The medical drama was still in production on the final episodes of Season 2 when social distancing measures forced the delay.

The show, which films at New York’s Bellevue Hospital, donated its supplies of masks, gloves, gowns and other medical equipment to the New York State Department of Health in an attempt to help offset shortages during the crisis.

Daniel Dae Kim, a recurring guest star on the NBC medical drama, announced last week that he had tested positive for the disease.