NBC Sports will be winding down the Olympic Channel, which is home to Team USA, on Sept. 30, an NBC Sports spokesperson confirmed to TheWrap.

“In order to best reach our target audiences, we are reevaluating our programming distribution strategy regarding the content that currently airs on Olympic Channel: Home of Team USA with our partners at the IOC and USOPC,” NBCU said in a statement. “We will be announcing our exciting new plans for Olympic content in the fall.”

The move to shutter its Olympic Channel comes after the company sunset NBCSN, a long-running sports cable destination, to close out 2021. Live sporting events remain one of the last consistent audience draws across television, even as viewers increasingly trade linear pay-TV for direct-to-consumer options. 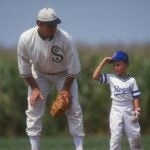 Given the importance of sports broadcast and streaming rights, companies are consolidating must-see events like the Olympics onto platforms deemed most vital, such as primary broadcast and cable networks and streaming services. Previously, the company rerouted some of NBCSN’s live events, such as golf and NASCAR, to USA (which reaches 80 million homes, nearly double the Olympic Channel) and streaming service Peacock. Earlier this year, Peacock streamed all live Olympic events from the Beijing games.

NBCU, which has been the exclusive U.S. home for the Olympic games since 2000, holds the U.S. broadcast rights to the Olympics through 2032 as part of an ongoing $7.75 billion agreement. Olympic Channel originally launched in 2017, with the U.S. Olympic Committee acting as a minority owner, as a destination to follow Team USA in between Olympic games. In 2021, the channel aired live Olympic events from Tokyo for the first time.