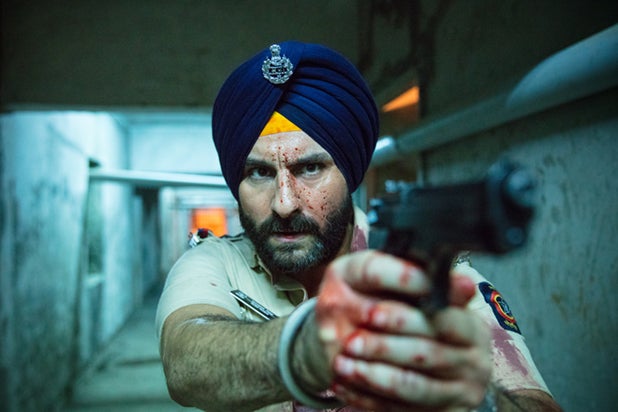 Netflix joined rival streaming platforms in India, including Fox’s Hotstar, Viacom’s Voot and SonyLiv in signing a “self-regulatory code” in an attempt to get ahead of potential government censorship.

While theatrical film and television are heavily regulated in India, the country currently does not have any official guidelines for the streaming space, which is expected to be worth $5 billion by 2023, according to a report by Boston Consulting Group.

Local Indian streaming services ErosNow, Zee5, Arre and ALT Balaji have signed onto this code of conduct as well. Amazon Prime Video is not among the signers. The company did not immediately respond to TheWrap’s request for comment.

The document, titled “Code of Best Practices for Online Curated Content Providers,” will be overseen by local industry body Internet and Mobile Association of India. Under the agreement, the streamers will not exhibit content that disrespects the Indian flag or national emblem, shows children engaged in real or simulated sex, offends religious sentiments, promotes terrorism or contains any other officially banned material.

“This effort brings together the key pillars of protecting interests of consumers in viewing content of their choice and defending creative freedom,” the document states. “This shall ensure that all signatories to the Code agree to adhere to uniform principles and guidelines contained in this Code, in letter and spirit.”
Netflix is currently in the middle of a lawsuit over the portrayal of former Indian Prime Minister Rajiv Gandhi in its series “Sacred Games,” based on the novel by Vikram Chandra.