A prominent Cuban exile and anti-Castro activist has sued Netflix for defamation, claiming the 2020 film “The Wasp Network” – marketed heavily as being “based on a true story” – defamed him and his organization by portraying them as “terrorists and criminals” while glorifying communist spies.

The plaintiff, Jose Basulto, was a CIA-trained anti-communist activist, pilot and dissident leader who escaped Cuba to fight the Castro regime. In the early 1990s, he started Brothers to the Rescue, a Florida-based nonprofit that flew seaplanes to assist refugees struggling in open water; the Cuban government called those airspace violations “terrorist acts,” and even shot down two aircraft in 1996.

“The Wasp Network” focuses on “The Cuban Five,” a group of nationalist spies dispatched by the Cuban Ministry to oppose and sabotage anti-regime groups like Brothers to the Rescue. It was released June 19, 2020, on Netflix worldwide. Penelope Cruz, Gael Garcia Bernal, Edgar Ramirez and Ana de Armas make up the top-billed cast; Basulto is played by Leonardo Sbaraglia.

“The Film romanticizes, or glorifies, the criminal activity conducted by spies of Cuba’s Ministry of the Interior, i.e., the ‘Cuban Five,’ whose espionage work was responsible for the death of four Americans in 1996, as being based on ‘True Events,'” reads the lawsuit, filed last week in U.S. District Court in Florida.

“In reality, the Film is not a true story because it is filled with egregious lies and false portrayals of Plaintiffs as terrorists and criminals,” the suit continues. 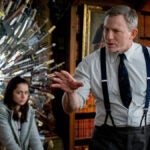 Netflix did not immediately respond to a request for comment Tuesday.

Plaintiffs call the film “an obvious attempt to rewrite and whitewash history in favor of the communist Cuban regime and is factually inaccurate. The Film portrays the Cuban Five as courageous heroes who were simply defending their homeland. In reality, the Cuban Five were a spy network whose intelligence gathering led to extrajudicial killings.”

The lawsuit also notes that “The Wasp Network” is “not based on any non-fiction literature or any other work,” but instead was scripted from a pro-Castro novel by a Brazilian author. It says the portrayal of Basulto is “false and defamatory,” well beyond the bounds of “artistic license or dramatization.”

“Given the sheer volume of facts in the public record that directly contradict the manner in which Plaintiffs Brothers to the Rescue and Mr. Basulto are portrayed in the Film, Netflix’s marketing and promotion of the Film as a truthful account of what occurred is both knowingly false and defamatory, as well as unconscionable.

The lawsuit seeks unspecified compensatory and punitive damages, as well as an injunction to have “Wasp Network” pulled from the streaming service. 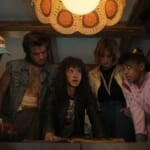