Nina Gregory will join Clubhouse as its head of news and media publishers, the longtime NPR employee confirmed Wednesday.

Gregory, who has served as senior editor for NPR’s arts desk since 2006, retweeted a CNN article about her new move, adding, “I’ve got some news…”

“This is the first job I applied for in 15 years outside of public radio. I never thought I would leave. But [Clubhouse] aligns so much with not just our mission, but the audio nerd in me and in us,” Gregory told CNN. 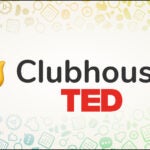 A representative for the company told TheWrap that Gregory “is joining Clubhouse to focus on supporting the growing demand from media organizations utilizing the platform and engaging with the Clubhouse community.”

They added, “We’re looking forward to having her join us.”

Clubhouse is a live audio app that gives users — who, until July, needed an invitation to get in — a chance to hold real-time conversations in “rooms” dedicated to certain topics. It boomed during the pandemic, when lockdowns prevented people from having in-person conversations or otherwise communicating normally with friends, family ad coworkers.

The company’s decision to do away with invitations came after it saw its downloads jump following its Android rollout in late May. After a rough March and April, Clubhouse’s downloads started to increase once the app became available to Android users, with Clubhouse being downloaded 7.8 million times in June, per Sensor Tower — the most since the app was downloaded 9.6 million times back in February.