Clubhouse and TED have partnered to release exclusive content on the audio platform this month.

Starting Monday, TED, the nonprofit that produces influential talks, will host a series of rooms on their Clubhouse channel. Clubhouse has grown rapidly in recent months, with app downloads on pace to keep increasing into the millions.

“This partnership will bring those minds into a dialogue with the millions of creators who make up the Clubhouse community,” said Kelly Stoetzel, head of thought leadership programming at Clubhouse, in a statement. 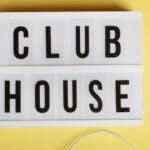 Also Read:
Clubhouse Downloads on Pace to Jump 179% in June Thanks to Android Rollout

With the partnership, Clubhouse will feature programs including “Thank Your Ass Off,” a weekly room hosted by author and TED speaker A.J. Jacobs and Clubhouse creator Mir Harris. Upcoming Clubhouse rooms for the summer and beyond will be announced in coming weeks.

Clubhouse will add some of the interactive and social elements to TED’s content, which frequently features speakers and experts on topics from math to wildlife on its video and audio channels. Clubhouse users will be able to engage with other audience members live and ask questions.

“TED’s mission has always been to share ideas and foster discussion around them. When ideas and people come together to engage and debate, that’s when the real impact happens,” said Carla Zanoni, director of audience development at TED.

Last month, Clubhouse downloads were on track to spike 179% from May, thanks to its Android rollout. It is now on pace to triple app downloads month-over-month, based on data from Sensor Tower.

In just the first half of June, Clubhouse was downloaded about 5.3 million times, up 39.4% compared to the 3.8 million in May.