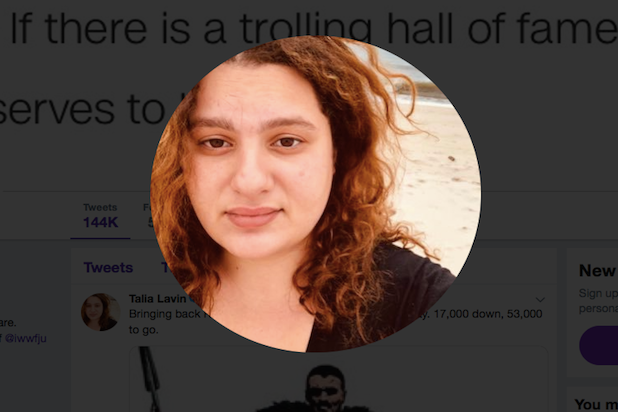 New York University has canceled an undergraduate journalism class that former New Yorker fact-checker Talia Lavin was scheduled to teach this fall after only two students signed up.

The decision to hire Lavin to teach the elective, “Reporting on the Far Right,” had drawn criticism since she resigned her New Yorker position last June after falsely accusing an Immigration and Customs Enforcement agent of having a Nazi tattoo.

Adam Penenberg, director of undergraduate studies at NYU’s Arthur L. Carter Journalism Institute, said that low enrollment forced him to cancel the class. “Canceling the class had nothing to do with Talia’s writings, tweets, or anything else. We cancelled it because too few students enrolled,” Penenberg added.

Lavin did not immediately respond to a request for comment.

NYU journalism electives are capped at 15 students, though the department has run courses with as few as eight students under certain circumstances.

Penenberg also said it was unlikely his department would invite Lavin back. “It would make no sense to try it again, given how few students expressed interest,” he said. “We have no plans to offer Talia another course, simply because her main focus (and the focus of her upcoming book) is the far right.”

Lavin’s official NYU faculty bio — which lauded her as an expert in “far-right extremism and social justice” — was removed sometime around April 20, 2019, according to the Internet Archive’s Wayback Machine.

In her original course, Lavin promised a fulsome exploration of the “far right,” saying she would show students how to track and identify online extremism.

“In an era when hate is on the rise, this course will provide student journalists with a thorough grounding in far-right and white-supremacist movements in the United States, briefly examining their history and delving into their sprawling present incarnations,” reads a now deleted course description, which also promised “a careful analysis of pieces that have fallen short of the mark.”

Lavin’s three-year career as a fact checker at The New Yorker was derailed last June after she tweeted an accusation that Justin Gaertner, a wheelchair-bound ICE agent, of sporting a Nazi Iron Cross tattoo over his left elbow. She later deleted the tweet and apologized after learning the tattoo represented a Maltese Cross, a symbol commonly used by members of the U.S. Veterans of Foreign Wars.

Though the original misleading tweet was only up for a short time, Lavin earned a public rebuke from both ICE and her employer that led to her voluntary resignation.

Lavin later worked as an “extremism researcher” at Media Matters for America, a liberal media watchdog organization, before being laid off in January.

In March, Lavin told the Daily Beast that the attention from right-wing media had resulted in death threats and harassment. “It’s very disconcerting when someone with 3 million viewers calls me a terrorist,” Lavin told the website. “I’ve gotten some death threats. I got lots of slurs. I have been called a ‘c—‘ 10,000 times.”