Cable network One America News lost an appeal of its defamation suit against MSNBC and its famed host Rachel Maddow on Tuesday after a panel upheld a previous federal court ruling against OAN that requires them to pay $250,000 of the defendants’ legal fees.

The appellate court held that Maddow’s statement was well within the bounds of what qualified as protected speech under the First Amendment. “We conclude that the challenged statement was an obvious exaggeration cushioned within an undisputed news story,” the judgment read. “The statement could not reasonably be understood to imply an assertion of objective fact, and therefore does not amount to defamation.” 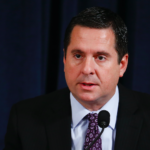 The suit is not the only recent defamation suit against Maddow. Rep. Devin Nunes (R-California) sued NBCUniversal in early June, claiming that Maddow had defamed him. The suit pointed to comments she made in a March 18 broadcast that the congressman refused to hand over to the FBI a package he had received from a suspected Russian agent.

Nunes maintained that Maddow and her team were aware before the show aired that he had told other reporters he had already handed the package over to the FBI and claimed MSNBC didn’t reach out to him for comment, which he and his lawyers said constitutes malice.

“MSNBC and Maddow harbor an institutional hostility, hatred, extreme bias, spite and ill-will towards plaintiff due to plaintiff’s emergence as the most prominent skeptic in Congress of Maddow’s marquee news narrative from 2017 to 2019: that the Trump campaign colluded with Russians to hack the 2016 presidential elections,” said the complaint, filed in the U.S. District Court in the Eastern District of Texas.