Rep. Devin Nunes (R-California) sued NBCUniversal on Tuesday, claiming that primetime MSNBC host Rachel Maddow defamed him. The suit specifically points to comments she made in a March 18 broadcast that the congressman refused to hand over to the FBI a package he had received from a suspected Russian agent.

Nunes maintains that Maddow and her team were aware before the show aired that he had told other reporters he had already handed the package over to the FBI and claimed MSNBC didn’t reach out to him for comment, which he and his lawyers say constitutes malice.

“MSNBC and Maddow harbor an institutional hostility, hatred, extreme bias, spite and ill-will towards plaintiff due to plaintiff’s emergence as the most prominent skeptic in Congress of Maddow’s marquee news narrative from 2017 to 2019: that the Trump campaign colluded with Russians to hack the 2016 presidential elections,” said the complaint, filed curiously in the U.S. District Court in the Eastern District of Texas. 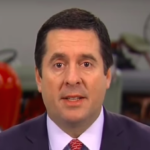 A representative for MSNBC did not immediately return a request for comment.

This is not Nunes’ first media lawsuit. He went after CNN for $435 million-plus and Twitter for $250 million in 2019. A parody Twitter account he cited in that lawsuit, “Devin Nunes’ Cow,” then went on to get more followers on the platform than the congressman had himself.

But he has a dubious track record in the courts so far. Over the last year, judges have rejected three libel or defamation lawsuits that Nunes has filed against CNN, the Washington Post and Twitter.