Former president Barack Obama scaled back his 60th birthday party following outcry from critics who balked at a 700-person gathering during an ongoing pandemic.

The New York Times reported Wednesday that Hannah Hankins, a spokesperson for Obama, said, “Due to the new spread of the Delta variant over the past week, the President and Mrs. Obama have decided to significantly scale back the event to include only family and close friends. He’s appreciative of others sending their birthday wishes from afar and looks forward to seeing people soon.” 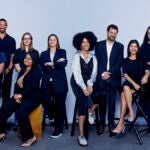 Obama initially planned to host 500 guests and 200 party workers at his Martha’s Vinyard home, according to reports that generated controversy earlier this week. Guests were required to prove vaccination or test negative for COVID-19 and, according to the Times, some had already arrived to the area before being informed that the gathering was canceled. Among expected guests, per the Times, were stars like George Clooney and Oprah Winfrey.

Conservative detractors like Rep. Jim Jordan initially criticized the party when news of it broke earlier this week. Fox News’ Peter Doocy asked President Joe Biden’s White House press secretary Jen Psaki on Tuesday if there were concerns among Democratic leaders that the event might become a “super spreader” for COVID-19 and the Delta variant.